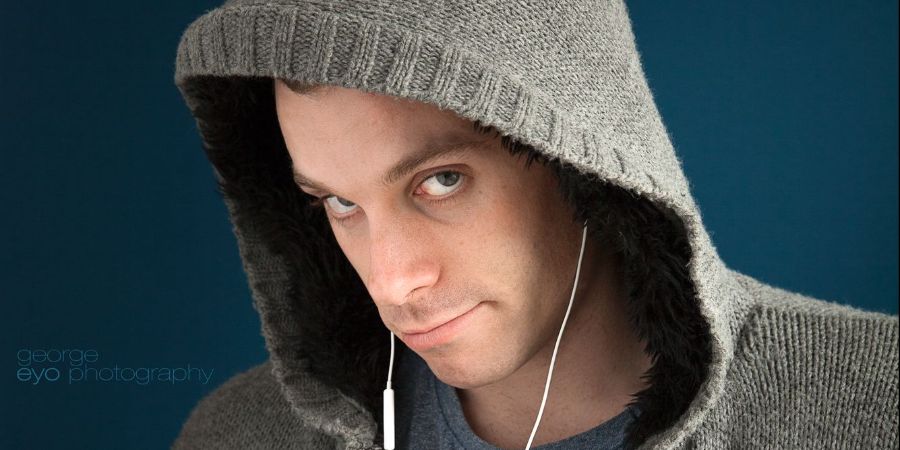 Hi Ben. Who are you and what do you do in comedy?

My name is Ben and I'm a music artist, voice actor and performer. I had three support roles in some comedy films, produced my own sketch show and took two live shows the Edinburgh Festival. I've since focused mainly on music, mocap and voice acting.

How did your first performance go?

My first paid performance was at the Bournemouth International Centre. It went pretty good. I think Tricky was the headliner the first time I did it. I can't remember the name but it was a kind of Hip Hop elements night. There were MCs, DJs, breakdancers and live graffiti artists. I was performing in London and the South Coast when a friend recommended I audition for some theatre groups in the area. My character was a Shakespearean poet who delivered monologues about the elements of Hip Hop culture. I had to sing, too. I had a beautiful backing dancer and we made it into a "Michael-Jackson-The-Way-You-Make-Me-Feel-Video" type of number.

What has been your favourite performance so far?

A play commissioned by the National Theatre. It dealt with a lot of heavy topics like mortality and navigating a world at war. I played the Water Kritter, a creature who is always observing what was going on and could pull off cunning actions because of their informed perspective. I think it was the play that made me realise the kind of character(s) I loved to play so that was an amazing growth moment for me.

What are your strengths?

Follow your heart and keep your vibrations positive. Associate yourself with the right people for you. Everything a person is supposed to do comes directly to them if they follow a resistant-free path. That's what I'm doing now.

Do you think you'll ever retire from performing?

Who knows. I love working and I love the creative process when it comes to performing. I can't see myself stopping.