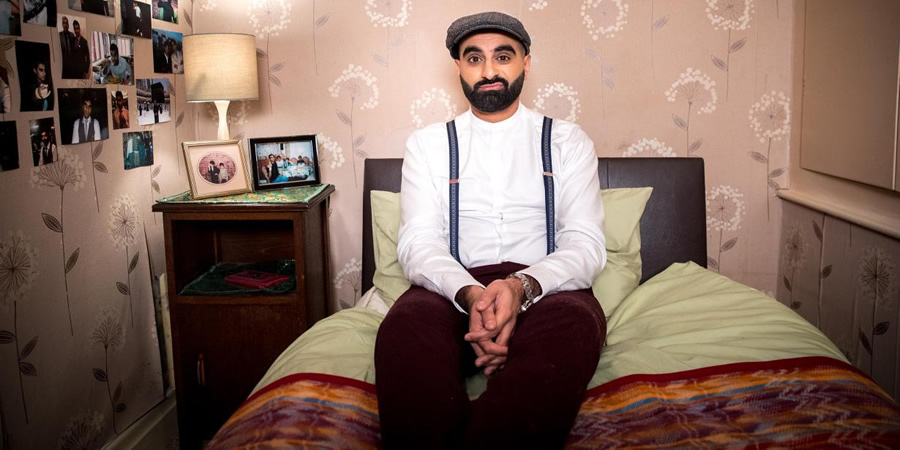 Terry, a young British Muslim, has moved back with his family in Blackburn and he bloody hates it. A corporate high-flyer, he's thrived in a leading consultancy in London for the last five years, but has returned home to take on the risky Blackburn Community Cohesion Project.

Out of his depth, Terry finds himself a fish out of water in the very pond in which he grew up. His mum is convinced she knows what's best for him, his Insta-obsessed younger sister, Sofia resents him and her buffoonish husband-to-be, Abid, irritates the heck out of him. But at least he has his cousin Waseem, his best friend and partner-in-crime growing up. Except... Waseem has grown a massive beard and become proper religious!

All the while, Terry has a (white) girlfriend, Jess, in London, who demands he tell his mum about their relationship. How's he going to balance the circus at home, the politically-charged job and his four-year secret relationship?

Tez Ilyas says: "OMA! I can't believe that Channel 4 and Big Talk have trusted me with a Blap. Bounty is the story of pretentious hipster Terry and the immediate challenge he faces after moving back to his hometown, Blackburn. Through his exasperations, we encounter his equally charming and terrifying mum; his deceptively smart little sister; his little sister's oafish fiancé; and his parochial cousin. I hope people enjoy this as much as we did making it because I have so many more hilarious personal stories to tell and such a rich subculture to explore, which I'd love to show the wider world."