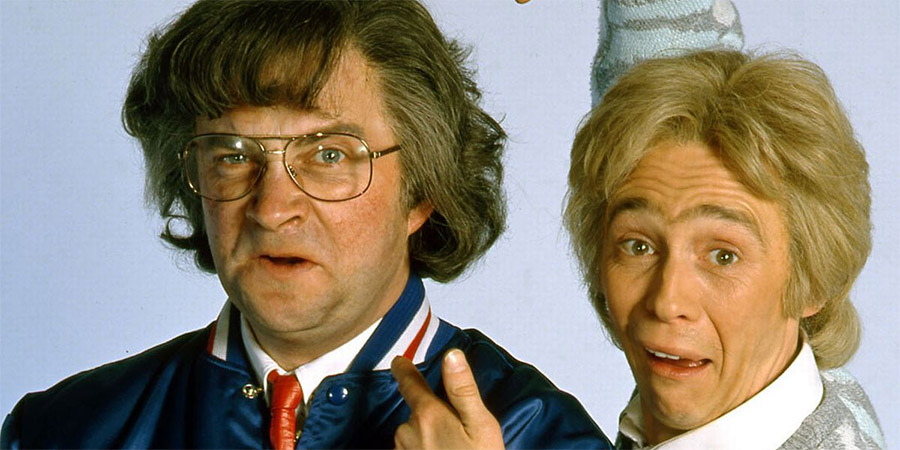 Oh and anyone else can discuss the show if they want.

regretted it ever since

This was Harry's first show of that ilk wasn't it? Loved it at the time, and I'm sure I'd love lots of it still.

Smashy & Nicey were my Faves

Watched some of series 1 yesterday and there was some very funny stuff in there. It felt quite retro compared to modern sketch shows, but I suppose it is twenty years old. Looking forward to the rest.

I like the one where he plays that character based on their position in the social class groups.

I like the one where he plays that character based on their position in the social class groups.

No. This doesn't work. Sorry.

I loved it at the time, and obviously Paul Whitehouse & Kathy Burke were terrific, especially the former.
It was just great larger than life giggle humour.
Wasn't it influenced a bit by the old Dick Emery Show?

And if we're talking about the first series didn't they have the Double Take Brothers, which were an early prototype of Jedward?

How did I get back here?
Who has deleted what?

Yeah, the Double Take Brothers are in the first series. One of them looks like Mark BCG.

I saw an interview with Harry Enfield where he said he wanted to do Dick Emery style characters rather than something terribly high brow and clever.

And if we're talking about the first series didn't they have the Double Take Brothers, which were an early prototype of Jedward?

I think Kathy Burke was a genius really. Shame she doesn't perform as much now but does lots of directing so I understand.

Kathy Burke certainly had a touch of brilliance about her as Waynetta.

I find it quite interesting that Harry Enfield's sketches grew shorter and The Fast Show's grew longer and at one point the two shows were pretty much indentical (except one had Harry Enfield in it).