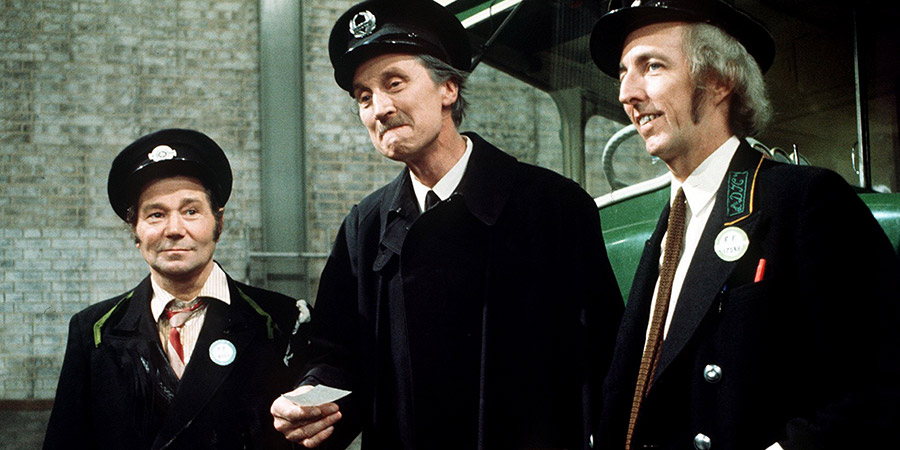 The actor died following a short illness in a nursing home in Budleigh Salterton, Devon, at the age of 92.

Varney, who played main character Stan Butler in the 1970s sitcom, was born in London's East End but had lived in Devon for the past 20 years.

After leaving school he took various menial jobs before becoming an actor after showing a flair for performance in working men's clubs.

During the Second World War he joined the Royal Electrical Engineers but carried on being an entertainer in various music halls.

He had a number of roles in different TV shows before achieving fame in his role in On The Buses, which began in 1969 and ran for seven series.

Afterwards Varney took on a number of film roles although it was On The Buses that he continued to be most recognised for.

In later years he went abroad on tour with a cabaret show.

Mrs Marley said he had only recently been admitted to the nursing home after he had begun suffering from a chest infection.

She said: "He's always been very young for his age, when he was in On The Buses he was playing a 35-year-old, but he was actually 50."

Varney, who had lived alone since his wife Lilian died in 2002, is survived by his daughter, two grandchildren, and one great-grandchild.

His funeral has yet to be arranged.

He was a good age, and left us with some classic comedy. Let's hope ITV do the right thing and celebrate his life with a proper tribute.

And thanks for everything.

Let's hope ITV do the right thing and celebrate his life with a proper tribute.


By getting Ant and Dec to reinterpret On the Buses in the same way they bolloxed (sorry, reinterpreted) The Likely Lads?

Poor Reg, he was one of those classic 'faces' of comedy, like Les Dawson and Frankie Howard. But he had a long life and featured in some good shows.

Thats why I said 'proper' tribute. Of course, the live to the nation public hanging of Ant and Dec as a bonus feature, would be wonderful.

I always suspected he was a lot older than his character. He must've been 53 when it started, and at least 60, when it finished.

The first thing of his I remember was when I was young (!) - the Valiant Varneys. It was before On the Buses.

It was a kids programme and he'd play his ancestors - a different one from a different period in history each week. I used to love it.

A true comedy legend. Good in The Rag Trade, but absolutely superb in the true classic which is On the Buses. Had a great innings for a great man, RIP Reg and thankyou for so many laughs as your performance as Stan Butler. I'm putting an episode on now in your memory.

This is very sad news.

He has reached the ultimate terminus, and will forever be remembered for being the first person in Britain to use a cashpoint.

I used to watch it with my Dad - lovely memories. Are any of the men still alive? Blakey turned up in Last of the Summer Wine didn't he?

I though it was the other one. Blakey? Is he still going?

No disrespect by I thought RV died years ago.