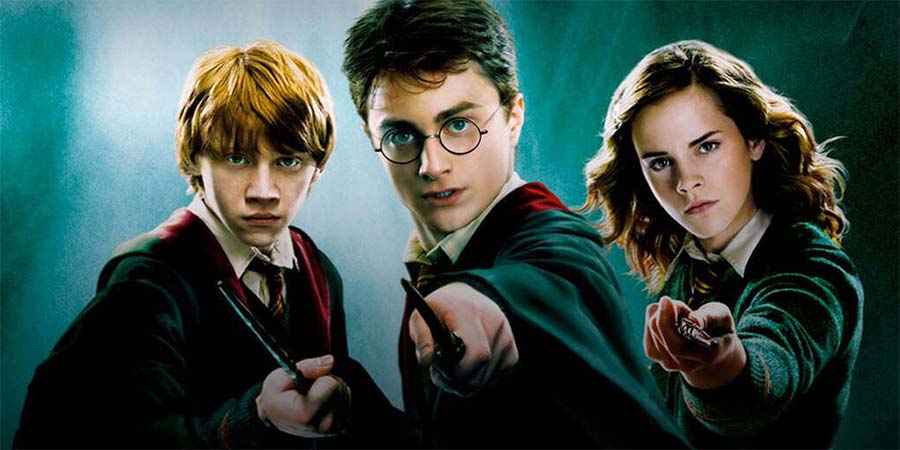 I came quite late to Harry Potter. I didn't have kids during peak Pottermania, and only began reading the books to my own several years after the final instalment was published.

My introduction to the phenomenon came from watching the opening minutes of the first movie, and I can think of very few grand beginnings equally deserving of the word iconic - maybe the first ten minutes of the radio series of The Hitchhikers' Guide To The Galaxy, the start of Indiana Jones, or the opening song in the live musical The Producers.

The movie (and novel) begin in a normal suburban street. Harry is trapped at home with his seemingly normal adopted parents, cooped up cruelly in a cupboard of their normal suburban house. He's been accepted to wizard school but they don't want him to go, and haven't told him. They destroy each owl-delivered letter from the school, until one day a squadron of owls drop hundreds of letters through Harry's door. A giant comes to whisk him away to Hogwarts and the rest is History, Arithmancy and Quidditch.

Screenplay, novel, drama, sitcom, whatever you're writing you want the next person up the production chain to be dazzled by your first pages. It should be a statement of everything that's to come. Harry Potter is a classic comic book story about a seemingly normal kid who only discovers at the age of 12 that he has magic powers, but it's also about the army of adults locked in a battle to protect or destroy him. Harry himself is the least memorable person at the start of the movie: it's the adoptive parents and the giant who dominate. And whatever else you think the Harry Potter story might be, from that moment you understand that it's also a great work of comedy.

If you haven't read the novels, look at the cast lists for the movies and you'll see they're a roll call of nearly every British comic actor who has worked in the last 20 years - that opening scene is dominated by Richard Griffiths, Fiona Shaw and Robbie Coltrane, while Maggie Smith, Alan Rickman, Michael Gambon, John Cleese and Zoe Wanamaker all appear later.

And it's not just people you have heard of. Occasionally over the last few years I've been in public with old mates from my stand-up days, who like me had an averagely successful career in comedy but never graduated to small screen stardom and being stopped in the street. Not any more, as they are now mobbed and gawped at by young fans: each of those performers played a small yet memorable role in one of the Harry Potter movies.

JK Rowling is a great creator of minor but well-formed characters that bring light and shade to her greater stories. I don't know if it's hindsight, but I have a hunch that when Rowling was writing the character of Hagrid the giant in the first book, she had Robbie Coltrane in mind.

Rowling cites Jane Austen as one of her favourite writers, and like Austen she often brings a light comedic touch to quite dark areas. For me the greatest parallel with the Harry Potter books is Charles Dickens. Not the social commentary, the stories and romances that are the most prominent features of Dickens, but the army of secondary characters who bring menace and humour to the rest of the story, and the magical, sometimes dark and sinister world Rowling creates.

I've read most of the books out loud, and what comes to mind from descriptions of returning places in the books, such as Diagon Alley (think Bluewater shopping mall, only for wizards); Hogsmeade (the only purely wizard town in Britain); or the great school hall at Hogwarts, are those grand Dickensian settings - the streets where Oliver Twist goes pick-pocketing; David Copperfield's school; and the debtors' prison in Bleak House.

And this is another reason why Rowling is such an effective writer. That world she sets up in the opening scene, which we only see at the start and the end of most of the books, is instantly familiar. It's a brilliantly created real world, one that we realise is a little different to ours only when that phalanx of owls descends on 4 Privet Drive.

And then it's gone. We barely spend any time there before it's off to Hogwarts in a pattern that's more or less repeated through the series. One of the reasons these lesser characters work so well is that a great deal of thought has gone into creating the worlds they inhabit.

... The Fleshed Out Characters

As a writer you'll do a lot of work to make your principal leads original and compelling, and I hope these articles help you with that, but I've read too many scripts where Policeman Number One or Young Woman have been plonked into a scene because the author couldn't find a way to move the story or add jokes, without breaking out of the world they have created.

There is much that is recognisable about the world of Harry Potter. This is not the first set of books about a gang of schoolkids who solve mysteries that adults can't. It's certainly not the first collection of stories set primarily in a grand, isolated, ancient-looking public school. It's the world created around that familiar setting that makes it different, and it's not always recognised that one of Rowling's greatest achievements is to maintain a believability despite the clearly fantastic nature of the story and settings.

Every character we meet in Harry Potter is there for a reason. We get a physical description and often some humour, but most importantly a sense that these characters have always lived in this world, and will continue to be there when the story has moved on. Why wouldn't you want to do that? If you can create a memorable character with a few lines in a pivotal scene, you give yourself the option of bringing that character back at a later stage, or if you're lucky a later book.

... The Comedians In The House

Again I'm speculating, but I doubt if JK Rowling knew that Dobby the House Elf would become such a prominent character in future books. He appears briefly at the start of the second book, but returns on various occasions. His pattern of speech and individual viewpoint compared to the rest of the house elves marks him out as a great comic character, and while his return is great for the stories, it's also a pleasure to hear him talk again. I'm guessing that Rowling had so much fun writing him she couldn't wait to bring him back.

Did Rowling know, when she was writing the first book, that six more would follow? In her head, for sure, but she had no guarantee this would happen. That didn't stop her from developing the universe of Potter in her spare time, putting an extraordinary amount of work into creating that world, and all the amazing people in it.