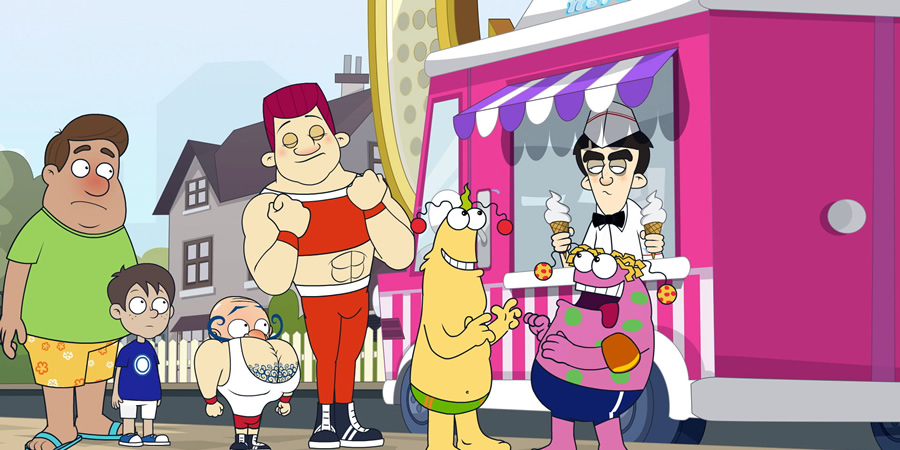 Zig and Zag's attempts to clone an ice cream in order to cool themselves down have a chilling effect on the whole of Burb Street.

It's the hottest day ever and Zig and Zag can't cool down - that is until Mr Cool appears in his ice cream van! Taken by its cooling effects, Zig and Zag join a long queue to taste this stuff called ice cream. When they finally get to the hatch, Mr Cool informs them that he's sold out!

Their quest to taste ice cream is all-consuming, and the boys dash to the mini-mart only to find that they too are sold out. Nellie however does have super cool winter sports gear that she is desperate to sell before getting out to enjoy the fine weather! But not even this distracts Zig and Zag from their ice crea-mission?