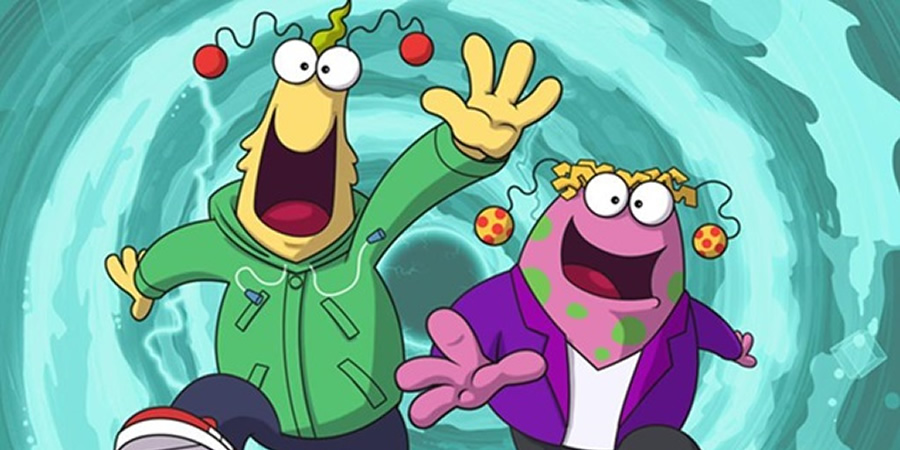 Animated sitcom following aliens Zig and Zag, who have crash landed on Earth.

Zig and Zag are alien twin teen brothers from the Planet Zog. One day they were out flying around in their spaceship when they get sucked into a random black hole (it happens!) and end up crash landing in the suburbs on a strange green and blue planet called Earth. With their craft beyond repair, the brothers decide the only thing to do is plant a porch on the front of their shiny metal spaceship and called it 'home'.

Join our inseparable extra-terrestrial brothers on a series of fun adventures creating all manner of mayhem as they make the most of what this cool new planet has to offer. With death-defying stunts, crazy inventions and banana and mackerel smoothies!

Life in the suburbs will never be the same for friend Nellie from the corner shop and neighbours Mrs Eyebrows and her invisible cat Mr President, Mr and Mrs Jones and their creepy staring twins Brie and Stilton, the uber-competitive neighbours Abs and Pek Von Pumpiniron, and not forgetting the Secret Agents: Agent A Gent and Agent Honey, tasked with keeping an eye on the alien visitors.