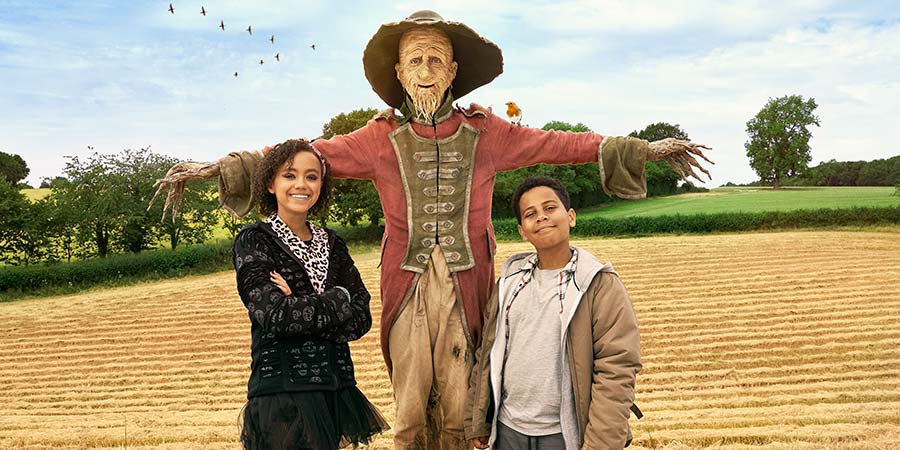 Mackenzie Crook writes, directs and stars in this family comedy series about a scarecrow who comes to life, based on the characters created by author Barbara Euphan Todd.

The first episode, The Scarecrow Of Scatterbrook, sees two young strangers arrive in the village of Scatterbrook. It's not long before Susan and John encounter Worzel Gummidge, the Scarecrow of Ten Acre Field. Their world is sent spinning into confusion when they realise Gummidge comes to life. The only person more shocked is Worzel, when he discovers that the children are not in fact fellow scarecrows but humans.

The second episode, The Green Man, welcomes another mysterious arrival to Scatterbrook. The Green Man is the creator of scarecrows and keeper of scarecrow lore. He isn't at all happy that Worzel is consorting with humans. Elsewhere, local aristocrat Lady Bloomsbury Barton is holding a fete, with a Scarecrow competition that Worzel is determined to win. What will Worzel's most competitive rival, Soggy Bogart, and The Green Man make of it all?