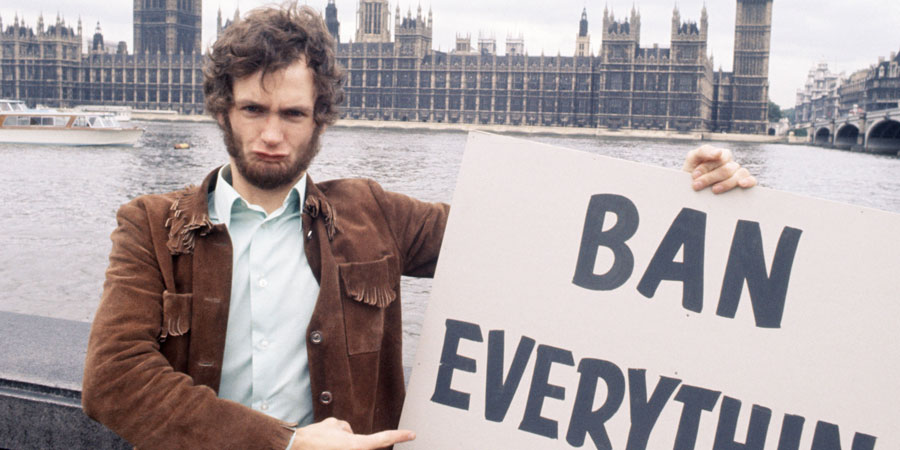 The World According To Kenny Everett

Documentary looking at the life of Kenny Everett

In this one-hour special we take a look back at classic 'Kenny' moments from his successful TV and DJ career. We explore the life and work of this comic genius through to his tragic death in 1995, as we are guided through moments of his life in his own words through astonishing radio interviews and extraordinary never before seen home movie footage.

Included within the programme are truly astounding exclusive interviews with some of the biggest names in comedy, music, television and radio as well as remarkable revelations from the people who loved him and knew him the best.

Kenny's first boyfriend and ex manager to The Beatles, Peter Brown reveals all in an exclusive interview about his relationship with Kenny. Also Kenny's ex-wife Lee Everett Alkin herself divulges in a special interview how Kenny's proposal came about thanks to John Lennon, the reservations she had about marrying him and talks openly about Kenny's sexuality, their wedding and the time they had together as a married couple. Plus in a candid interview with close friend Cleo Rocos she describes the remarkable relationship she had with Kenny and the upsetting moment he told her he was HIV-positive.

His sister Cate, will for the first time recall an idyllic childhood in Liverpool with her beloved brother and give us a unique insight into this charismatic and loveable character. He may have been a whirlwind of self-confidence on TV but in private he was a very shy and intelligent man as shown in rarely seen interview footage included in this programme.

In other interviews good friend and rock legend Roger Taylor talks about the friendship both he and Freddie Mercury had with Kenny and credits Kenny with turning Bohemian Rhapsody into a hit - and Steve Norman from Spandau Ballet who says he really was Cuddly Ken.

With the show's popularity reaching unimaginable heights, the world's biggest stars - Rod Stewart, Kate Bush and David Bowie to name a few - were all clambering to appear alongside Kenny and were only too happy to feature in many of the mad cap sketches. Billy Connolly was one of those stars and recalls some chaotic and hilarious times in the studio with Kenny.

The World According To Kenny Everett is the definitive tribute to a comedy genius whose influence then and now is a continual inspiration to entertainers and whose unique contribution to comedy is still playing an important role today.