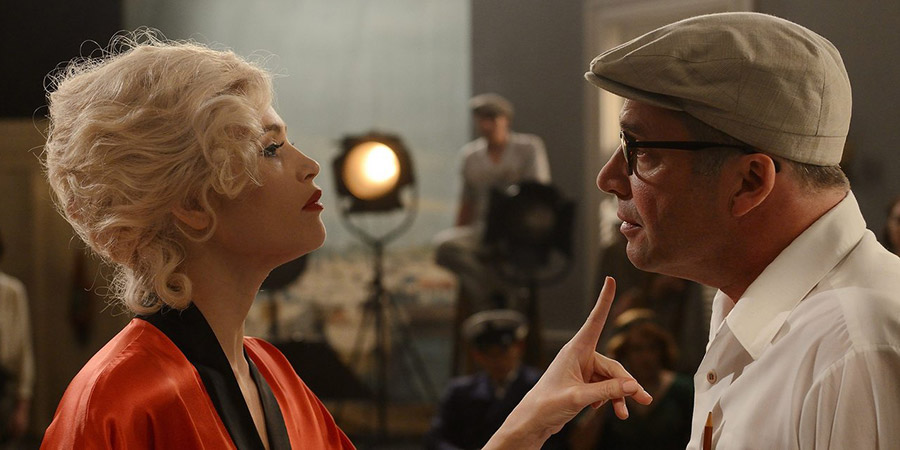 Comedy about the filming of Some Like It Hot

One of Marilyn Monroe's most iconic roles was undoubtedly that of singer and ukulele player Sugar 'Kane' Kowalczyk in the 1959 romantic comedy Some Like It Hot. It is regarded as one of the greatest comedy films of all time but, behind the scenes, America's sweetheart is struggling to deliver a line.

Marilyn runs to Arthur Miller and Paula Strasberg for reassurance, leaving Billy Wilder tearing his hair out and Tony Curtis and Jack Lemmon making side-bets. On the forty-seventh take, Marilyn nails it: "It's me, Sugar!"