Producers say: "With the tragic events in Manchester still raw in the mind, Matt Forde and Dave were unsure if they should even do this episode. Was now the time for comedy? Was now the time to take the Mickey out of politicians? It was decided that taking the Mickey out of politicians was what we did, and that we should carry on doing what we do, with love in our hearts for the people of Manchester and all those affected by the bombing. Former Home Secretary, Jacqui Smith, joins Matt, herself having had to deal with terror attacks while in government.

"The house band, MP4, again made-up of Ian Cawsey and the stand-in line-up of Ian Moss, Lord Wood of Anfield and Maximo Park keyboard player, Lukas Wooller, close the show with their version on the Oasis classic, Don't Look Back In Anger."

Liberal Democrat leader Tim Farron was originally booked to appear as the guest on this episode. 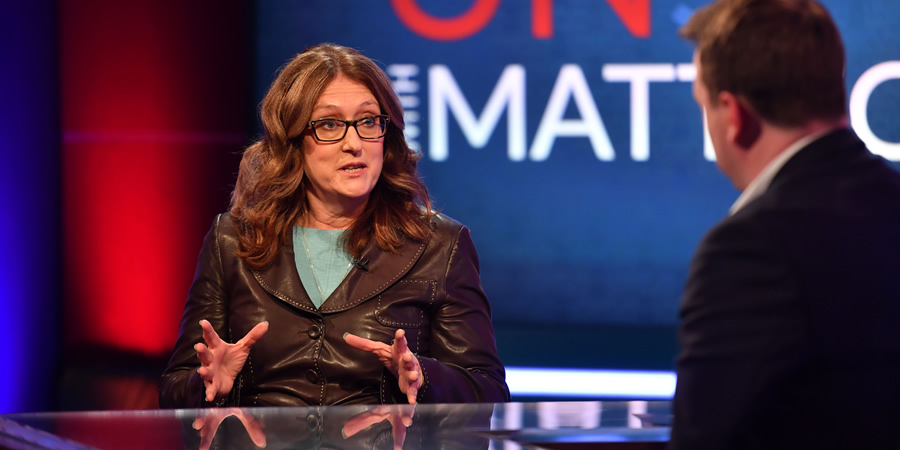