There are only three applicants for the post of Curator of the Cultural Olympiad, so how difficult can it be to select the best candidate?
Preview clips 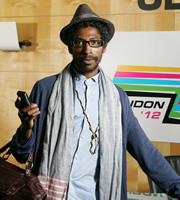 As Ian Fletcher and his team find out, it's almost impossible to fill the post of Curator of the Cultural Olympiad.

Forced to change their decision twice by outside bodies who insist that the last thing they want to do is interfere, they're pushed inexorably towards the one candidate they all agree they don't want.

As if that wasn't enough, their ultimate boss, Sebastian Coe, has decided that it would be good for the profile of Twenty Twelve if members of the Deliverance Team entered this year's London Marathon.

Meanwhile, as the pressure on Ian as Head of Deliverance gradually increases, the cracks in his marriage are starting to get wider and wider. Could this possibly mean that the secret hopes of his ever-loyal PA Sally might move closer to fulfilment?

Sebastian Coe's idea that it would be good for the profile of Twenty Twelve if the Deliverance Team enter the London Marathon is met with mixed emotions.

Will Graham Hitchins' feet put paid to his chances of entering the London Marathon in episode five of Twenty Twelve.