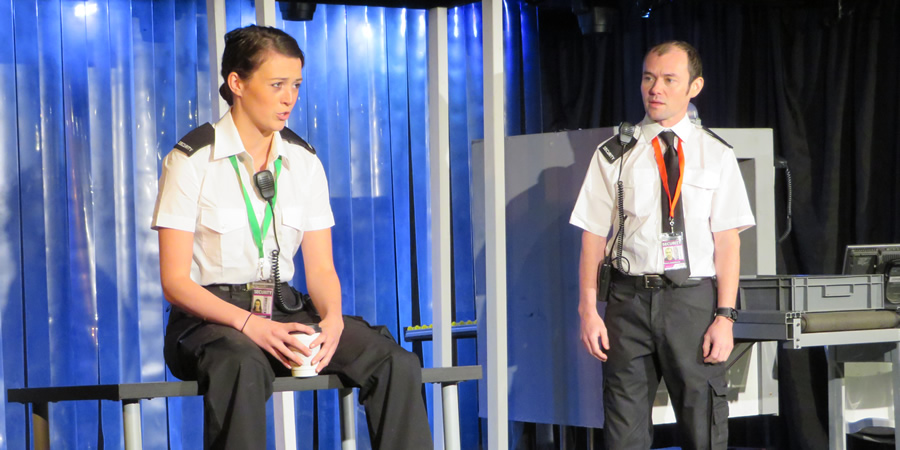 At a Scottish airport, a toy plastic chicken is suspected to be a bomb. The owner is screened for domestic radicalisation and her interrogators push her further and further. Playing the passenger trying to get through airport checks is Neshla Caplan, with David James Kirkwood and Anna Russell-Martin as airport security.

Writer Uma Nada-Rajah based her blackly comedic exploration of degradation and revolt on a real experience. As well as her work as a playwright, she also works as a nurse. Based in Kirknewton, she trained with the acclaimed French theatre school, École Philippe Gaulier, is a graduate of the Young Writers' Program at the Royal Court Theatre and a recipient of a New Playwrights' Award from Playwrights' Studio Scotland. Her other plays include The Constant K Determines the Ultimate Fate of the Universe and The Dubai Papers. Toy Plastic Chicken is her first work to be showcased on television.