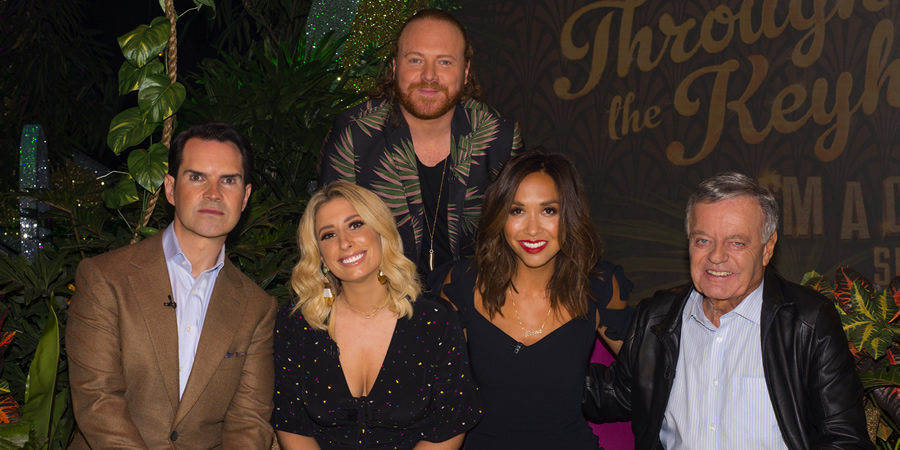 Panellists joining Keith Lemon on this special include comedian Jimmy Carr; plus former King of the Jungle Tony Blackburn, former Queen of the Jungle Stacey Solomon and Myleene Klass, all of whom braved the Bushtucker Trials in the Australian outback.

Through The Keyhole Series 5 launches with an I'm A Celebrity... Get Me Out Of Here! special. Keith Lemon is joined by Jimmy Carr; plus former King of the Jungle Tony Blackburn, former Queen of the Jungle Stacey Solomon and Myleene Klass, all of whom braved the Bushtucker Trials in the Australian outback. 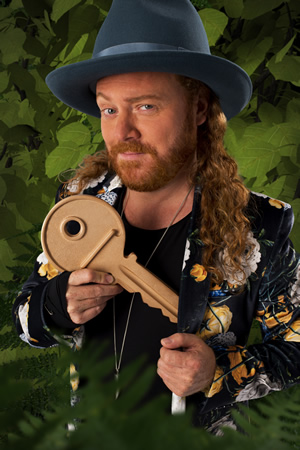 Keith Lemon says: "Proper chuffed to be doing Keyhole again! Love having a nose around people's gaff's. Ya get to meet some lovely people, sometimes I stay over and become part of the family. My extended family now consists of 16 brothers, 21 sisters, 8 mums and 4 dads. It's a lovely job!"

Ed Sleeman from producers Talkback say: "We are delighted to kick off a brilliant new series with an I'm a Celebrity special with kings and queens of the jungle. Throughout the series Keith Lemon travels the world penetrating proper posh properties whilst scraping, scratching and smashing celebrity's valuables, with hilarious consequences."

Saskia Shuster adds: "Who would have thought twenty four more celebrities would be prepared to let Keith Lemon through their Keyhole? We're delighted they're brave enough, as this means Through The Keyhole is back for a fifth very funny series."

Following this special, the series continues in January 2018. Each episode will see Keith, once again, rummaging around three mystery celebrity houses, unearthing clues for the celebrity panel to guess 'who 'abitates in a house like this.'