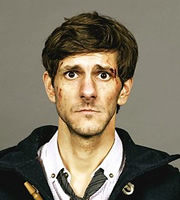 Sam was a lowly office worker, whose laziness and lack of ambition caused him to stagnate in his job as a Town Planning and Noise Guidance Advisor at Berkshire County Council.

Through no choice of his own, Sam took on some very bad people and won. Not only did he bring down a corrupt businessman, a double agent and a duplicitous murderer, he found a new lease of life, made up with his ex-girlfriend Lizzie and gained a new best friend.

Life was exciting and painless (apart from the bullet wound in his shoulder), but then he lost it all again and found himself back at square one. Down on his luck and wallowing in self-pity, our reluctant hero is going to have to muster his courage once again and risk everything to find his way back home. 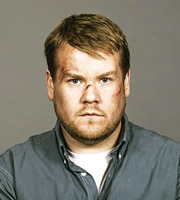 Phil worked in the mailroom at the County Council building, and lived with his mum, who he loves dearly. A dreamer, fantasist and total loser, Phil longs for some excitement and adventure.

Phil couldn't believe his luck when he overheard Sam on the phone to a murderous kidnapper; it was everything he'd always dreamed of. In his relentless pursuit of adventure, he was only too happy to put Sam's life on the line time and again until they beat the bad guys.

In Series 2 we see he's been handed the chance to reinvent himself, make lots of new friends and has even found his soulmate. Everything is perfect, until some distressing news from back home forces him to think again. 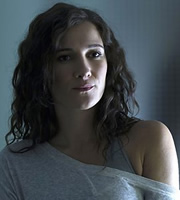 Lizzie was Sam's ex-girlfriend and now boss. She still looks for the best in him, but she became increasingly exasperated by his irrational behaviour and refusal to explain himself.

In Series 2, Lizzie can't believe the official line that he's really gone, and will do everything in her power to discover the truth. 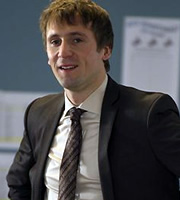 Noel is the nosy, irritating, too-worthy colleague who sits at the desk opposite Sam and is the bane of his existence.

Noel starts noticing his colleague's strange behaviour and starts to suspect the plot he's involved in. He begins to collect up a dossier of evidence. 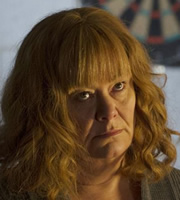 Since the death of her husband, Phil's mum Linda has got used to relying on her son to look after her.

In Series 1, Phil still lives with her, and must call home from time to time to let his mum know he is safe. In a crisis, Linda's former life as a nurse proves remarkably useful.

In Series 2, Linda believes she has lost Phil too, and must put on a brave face. 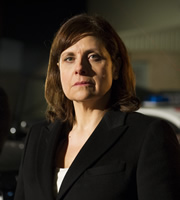 The ballsy boss of MI5, Cox just wants Sam and Phil to stay dead and buried, she has more important things to deal with... 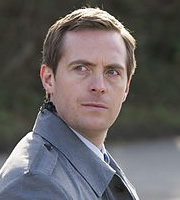 A normally calm and collected MI5 operative, Smoke is starting to lose control in his world of agents, double-agents and deadly secrets.

Is he really acting in the best interests of the MI5, and why can he speak fluent Russian? 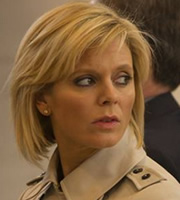 Her unlikely rescuers, Sam and Phil, soon regret getting involved with her plight though, as it turns out Scarlett is not as nice as she first seems. 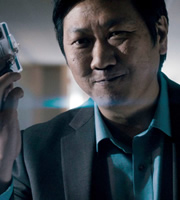 Lau is an honourable man, but he is not to be laughed at, and will make sure any debts owed to him are repaid using whatever force necessary.

His gang kidnap Scarlett when her husband doesn't pay his debts. 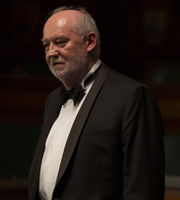 Mr Reid is a local businessman who is helping to fund the local regeneration project. It also just so happens that he owns most of the land that the new proposed rail link will have to buy up to complete its route... but that, of course, is just a total coincidence.