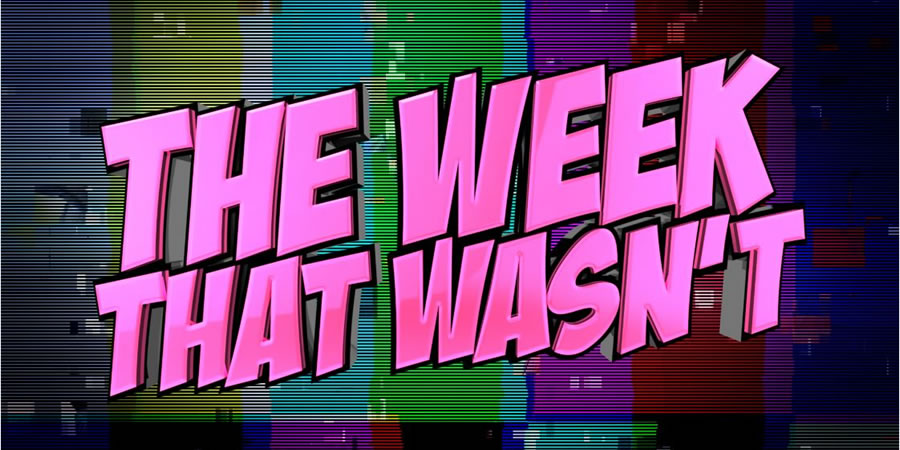 The Week That Wasn't

The events depicted in this TV show are entirely fictitious, no matter how believable. Any similarity to any real situations or conversations are merely coincidental.

The Week That Wasn't is a Sky One comedy show where famous faces are thrown into an alternate week of events that may not have happened (but probably should have). Join the UK's leading impressionists as they literally put words into the mouths of celebrities, seriously dubbing them up the wrong way. Master mimic Alistair McGowan is reunited with Ronni Ancona for the first time since their The Big Impression show, together with a host of brilliant new impressionists Matt Forde, Luke Kempner and Jess Robinson mischievously re-voicing existing footage. From celeb gossip to sporting moments and political scandals, nothing and no-one is off limits.

Enter an irreverent alternate reality where the hosts of The Great British Bake Off add slightly less family-friendly ingredients to their baking masterpieces (...if you've ever wondered why Paul Hollywood looks so relaxed on screen...); three famous football pundits take a break from post-match analysis to talk about their fascinating dating tips; and join the Queen as she partakes in a little retail therapy in advance the royal wedding. From royalty to showbiz royalty, Ant & Dec clearly display warning signs of more trouble to come - while even the notoriously thick-skinned (let's hope) President of Russia, Vladimir Putin comes in for The Week That Wasn't treatment.

Recorded just hours before broadcast, prepare to see and hear famous faces the way you've never seen or heard them before.