Writer, musician, Goon, poet, artist and humanitarian, perceived as genius and madman in equal measure, Spike Milligan was a man whose life was full of contradiction, controversy and comedy. 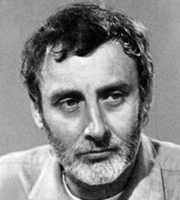 Spike's family and lifelong friends provide a true insight into a man who was much misunderstood. With contributions from Spike's children, his manager Norma Farnes, Eric Sykes, Terry Jones, Paul Merton and for the first time, his secret daughter, Romany.