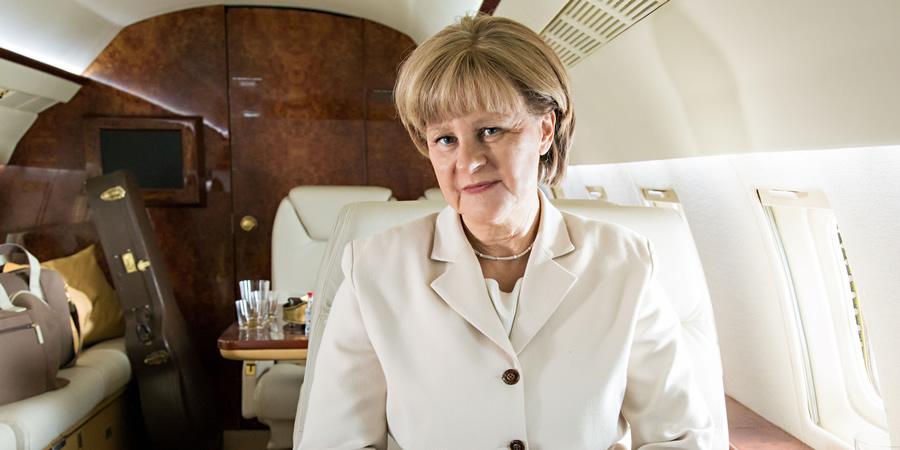 Tracey Ullman's return to British screens brings with it her unique take on some extraordinary characters living in, or visiting, the busy global hub that is the UK.
Preview clips

This episode features a delinquent Dame Judi Dench, a dangerously accident-prone massage therapist and Sally Preston, the feminist MP whose election pledge to remain topless throughout her term is starting to present challenges.

There's also a foot-tapping love song to Britain's local libraries, and Angela Merkel as never seen before. With a guest star appearance from Rupert Grint.

Tracey Ullman plays a massuese who'll stop at nothing to please her clients.