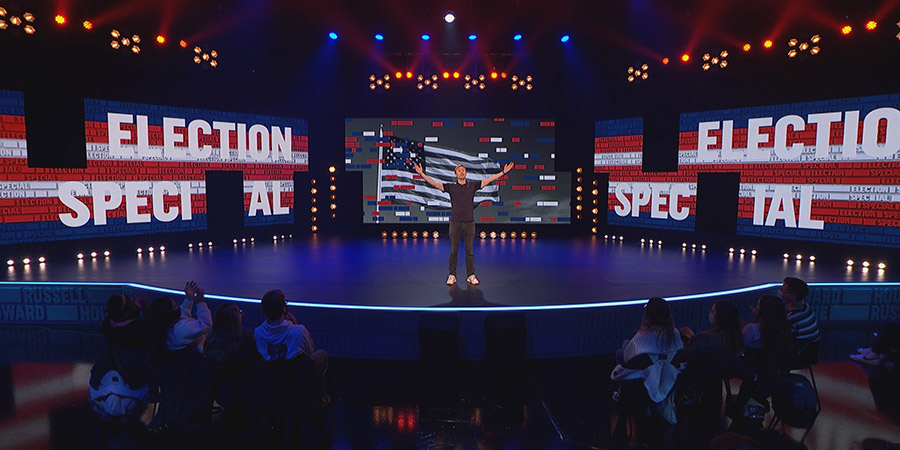 Russell Howard is here to guide you through the fallout of the 2020 US Presidential Election, and talks to Brian Blessed.
Preview clips

Cutting through the fake news with a bare minimum of Russian interference, Russell Howard is here to guide you through the fallout of the 2020 US Presidential Election with a special episode one day after the results are due to be confirmed.

After the votes have been counted, the bell is rung and the fierce battle between Donald Trump and Joe Biden is decided, Russell will be going over the gruesome highlights of their respective campaigns and inviting some special guests to weigh in on the outcome. No matter who wins, it's not the end of the world... Is it?

The comedians discuss the award they should win, that doesn't exist. Phil Wang would win the award for most agile eyebrows.

Russell Howard asks members of the public about their most memorable holiday moment.

Brian Blessed chats to Russell about climbing Mount Everest, punching a polar bear, asking the Dalai Lama about his sex life, and turning down a £57 million drawing from Picasso as a child.