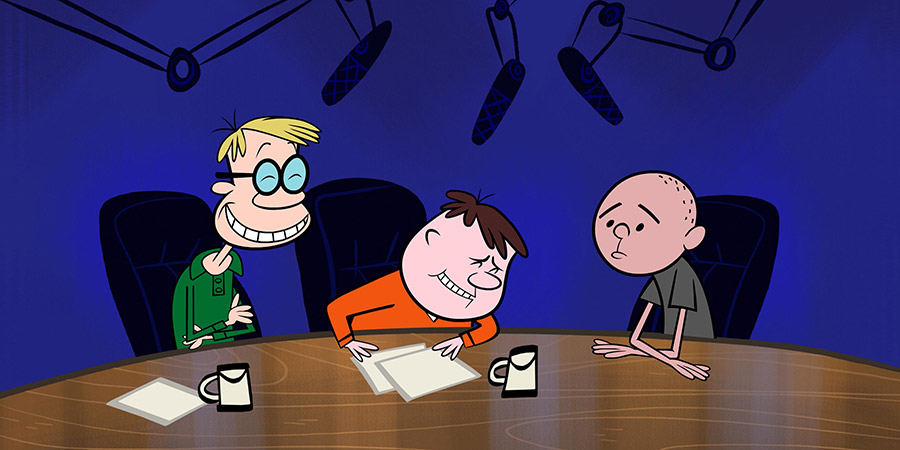 An animated version of the comedy podcasts recorded by Ricky Gervais, Stephen Merchant and Karl Pilkington

From the creators of The Office and Extras, this animated series using the original recordings of The Ricky Gervais Show podcasts comes to Channel 4.

Gervais's much loved podcasts have earned a spot in the Guinness Book of World Records for the most downloads. The Ricky Gervais Show features the same banter between the comedian and his sidekicks Stephen Merchant and Karl Pilkington, with animation accompanying the original recordings of the trio.

Storylines include the merits of 20th-century inventions; Karl's suggestion for population control; how philosophy has evolved through the ages; as what thoughts Karl has in his round head about charity.