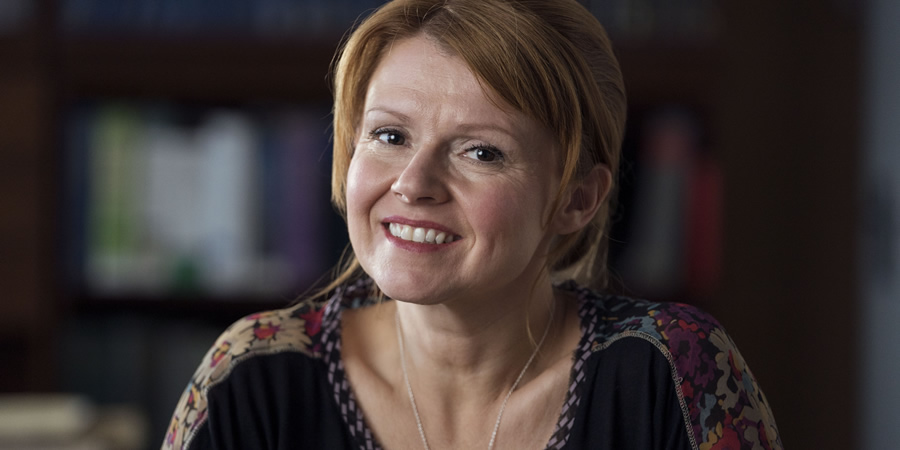 What is the premise of The Reluctant Landlord?

Romesh has reluctantly inherited his dad's pub and the series follows his attempts to keep the place running, along with trying to please his family, his customers and trying to outdo a rival landlord. There's a brilliant cast headed by the amazingly talented Romesh. We all had the best fun filming it so I hope the audience has fun watching it.

You have worked with a lot of stand-up comedians in the past. What was it like working with Romesh Ranganathan on his first scripted sitcom?

Obviously Romesh is very, very funny. I'd seen him loads of times on TV and seen his stand-up before I worked with him; I was a little bit of a fan actually. To then find that he is a great actor and such a lovely guy made it a joy to work with him. I loved working on this series.

Were there any scenes during this shoot that stand out?

There were days when we couldn't get much done for laughing so much and there were some great comedy moments on and off set. One scene that really stands out for me, though, is the filming of the opening credits. The lovely director, David Sant, had planned a beautiful, graceful and artistic scene where all the characters are introduced. In reality, it turned into a farcical episode of Strictly where myself and a few others (naming no names) completely struggled with the most basic of choreography. The outtakes of this scene could actually be a sitcom themselves.

Did you relate to your character in the show?

Natasha is very ambitious and career driven, and she also manages to juggle that with family life. I try... but I think Natasha is far more organised and capable than I am. She's quick-witted and confident and stands her ground - I actually wish I was more like her. Except I don't think I could live above a pub - far too tempting.

If you had a pub, what would you call it and why?

I'd call it The Moody Cow because that's probably what my customers would call me if I was a landlady. It would be a spa pub. Have a few gins and get your eyebrows tinted. The Indian head massages could really help the darts team. It would be down the road from my house so I could walk home without smudging my pedicure.