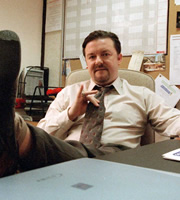 David Brent is a deeply frustrating, annoying man, who tells bad jokes and fails to get respect from his staff.

However, Brent genuinely believes that he is popular and doing the right thing to sustain that popularity. He is, ultimately, a deeply lonely and socially inept individual rather than in any way 'bad'. 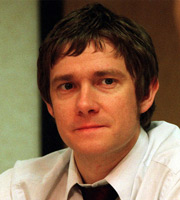 Tim is a witty, down-to-earth rep who is exasperated by and constantly at loggerheads with Gareth - the pair often squabble like children.

A classic under-achiever, Tim is crushingly aware of the pointlessness of his work and the mediocrity that surrounds him. He yearns for receptionist Dawn, the one ray of sunshine in his dreary routine, and even summoned the courage to ask her out - despite the intimidating presence of her boyfriend, Lee. 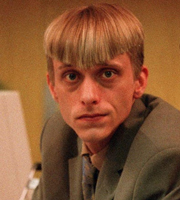 Army-obssessed Gareth is a stupid and pedantic company man loyal to Brent and mainly concerned with his position in the firm.

Gareth is very proud to be 'Team Leader'. His self-importance knows no bounds and is inflated further by his active service in the Territorial Army.

He also has an incredibly unsophisticated approach to wooing women, and his considerable naivety allows others, in particular Tim, to make him the butt of endless put-downs and practical jokes.

His devotion to duty was repaid with a promotion to Office Manager when boss David Brent was made redundant. Unfortunately for the rest of the staff, he acclimatised to his new position of authority very easily. 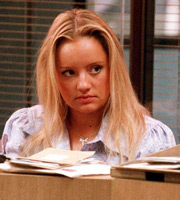 Receptionist Dawn puts up with David's attempts at humour beyond the call of duty. Engaged to warehouse worker and professional Neanderthal Lee, she harbours secret aspirations to be a children's illustrator.

Dawn and fiancé Lee leave Slough at the end of Series 2 to live with family in Florida. Dawn found this life choice good for her tan but not much good for anything else.

When the BBC documentary crew offered to fly Dawn and Lee back to Slough for Christmas they accepted. After leaving the Wernham Hogg Christmas party Dawn had a moment of clarity. She decided to dump Lee and finally run into the arms of Tim.