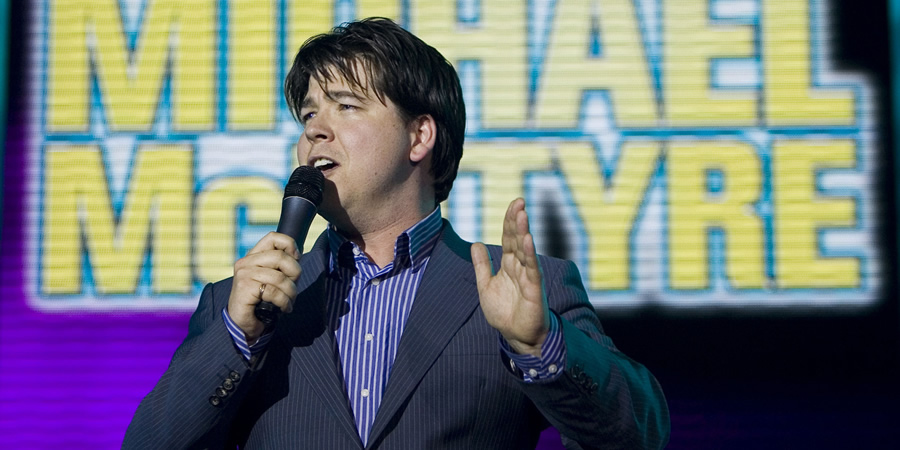 A documentary looking at the career of Michael McIntyre

The fascinating story of the meteoric rise over the past decade of the most popular stand-up comedian in Britain today.

When he walked on stage at the 2006 Royal Variety Performance, Michael McIntyre became a bona fide star overnight. The super-confident ball of human energy with the cut-glass accent and trademark floppy hair looked like he had arrived fully formed from nowhere. In reality, he had served a long and frustrating apprenticeship.

His father had been a successful stand-up and writer - working with Kenny Everett - and young Michael grew up around that world. As a teen, however, his parents' separation left the family struggling for money. Worse was to come when his father died suddenly when Michael was just 17.

But Michael had drive and ambition - and as an aspiring comic he spent hard years on the circuit, honing an act which nailed the minutiae of everyday life, offset by relentless physicality. Eventually, and inevitably, he caught the public's attention and never looked back.

His first UK tour was seen by more than half a million people and he played a major part in the reinvention of stand-up on TV through Live At The Apollo and his own Comedy Roadshow.

Since then, among other things, he's been a judge on Britain's Got Talent and hosted his own chat show, before he finally found the format that best uses his all-round talent in 2016, fronting his hugely popular Big Show - a new take on classic TV 'variety' and which consistently beat The X Factor in last year's ratings wars.

Though some naysayers decry Michael's middle-class persona and populist humour, many top comedians hugely admire his work - and several appear in this show to say exactly why - while the public just keep on coming, all the way from here to Australia.