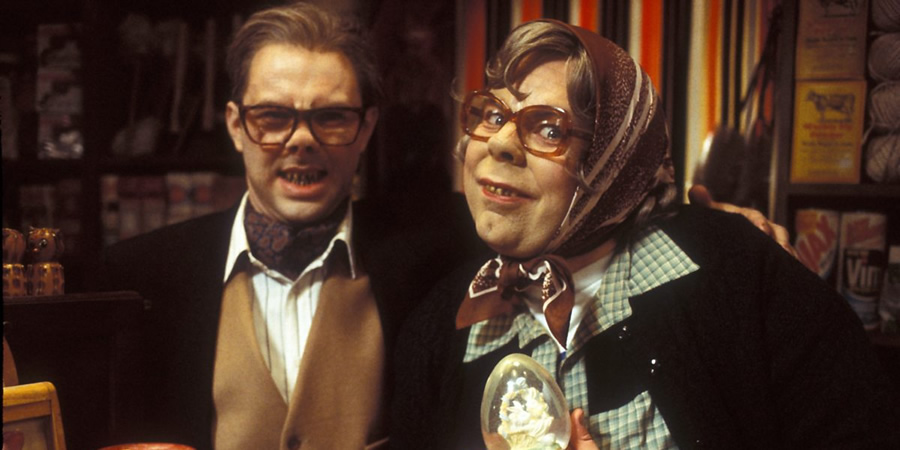 And what a welcome indeed. Benjamin Denton arrives to spend the night with his hygiene-obsessed relatives, Harvey and Val, and their twin daughters, twins Chloe and Radclyffe. But that's not before he encounters Barbara, the pre-op transsexual taxi driver.

Ben is due to meet his friend Martin to go hiking. At the Local Shop, Edward and Tubbs are worried that the construction of a new road will bring strangers to Royston Vasey. Martin's arrival seems to confirm their fears and they decide to take action. In a homage to The Wicker Man, a Scottish police officer comes looking for Martin, but meets with a sticky end.

We also meet Pauline Campbell Jones, the hard-nosed restart officer, whose role is to motivate jobseekers into finding employment. What she is meant to do, and what she actually does, are two different things. She spends most of her time preventing the "dole scum" from ever getting a job. Two of her jobseekers are Ross Gaines and Mickey Michaels. While Mickey cannot string a sentence together, Ross challenges Pauline at every turn.

This episode also sees the telling of the infamous Mau Mau joke. Businessmen Geoff, Mike and Brian are in the pub. Geoff insists his friends hear the joke about the Mau Mau, but is so rubbish at telling it, he eventually resorts to pulling a gun on Brian at the punchline!

We Didn't Burn Him!

Tubbs and Edward are questioned by a police officer about the disappearance of a young man.