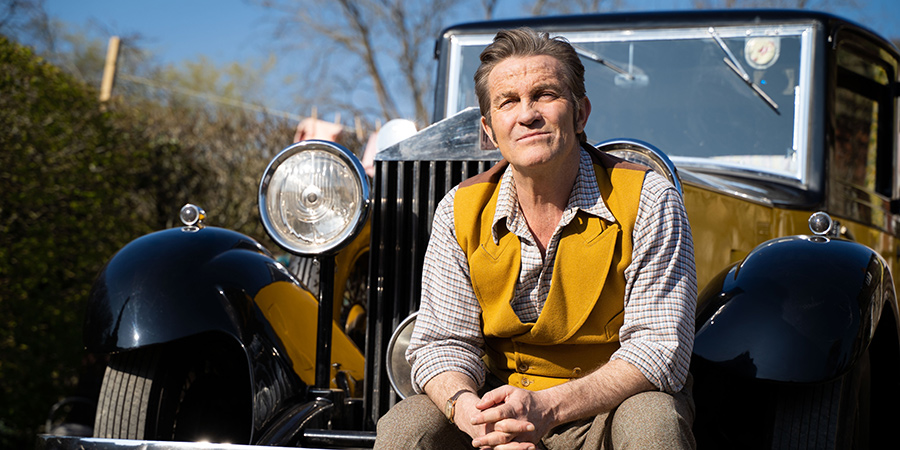 Bradley Walsh talks about taking on the role of Pop Larkin in the new version of The Darling Buds Of May.

The show is adapted from the wonderful books by H.E. Bates. The premise is about a family who moved from London just after the war, out to a beautiful farm in Kent. Pop Larkin is a bit of a wheeler dealer and a huge family man. We're trying to stick as close to the original books by H.E. Bates as possible and the scripts are beautifully written and adapted by Simon Nye.

Being set in a different era, does the show tell us anything about our lives today?

This is a big family values show - this is about caring, worrying and loving all about your nearest and dearest. Which in these strange and worrying times we've all had recently seems to be more prevalent and has become more important than ever. I think the pandemic has brought a lot of people closer together and they've realised how much they miss people in their lives and to stop rushing around, stop chasing and spend time more time with your family.

This show takes you back to the days when none of that rushing around existed, there were no mobile phones, there was no internet, when you needed something you had to go and ask them (face to face). I think we can learn a lot from looking at a family like this, we could learn an awful lot from the Larkins.

Pop Larkin is the kind of man you'd like to spend a day, an evening, a weekend with in the pub, if you want anything he can get it, he's always looking for a deal, and why not. He cares about his family, he loves his family being around him, he loves the fact that he's the sort of dad you'd have wanted as well, for example he lets his kids drive this truck!

He loves and adores his wife Ma, and he loves everyone he really does, he actually says it as a line in the script, you know I love everyone and I think everyone loves me. He is a genuinely, genuinely nice man, there's not a bad bone in his body. 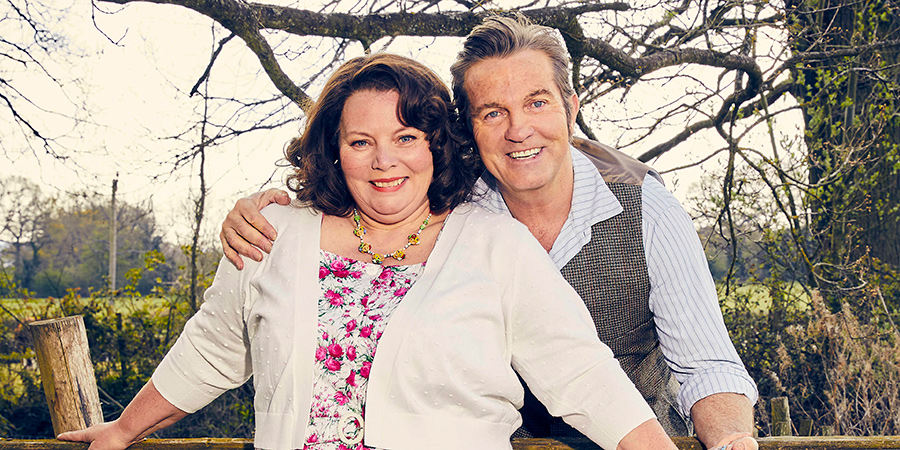 Tell us a little bit about his relationships with everyone.

Pop's relationship with Ma is that they've known each other since they were kids, and they've grown up together, they have exactly the same ideals, the same values, the same ambitions and the same aspirations, they love their family life, they love the farm life and they love life.

Pop can be a womaniser in the fact that he loves the female species, he's so charming. His relationship with Ma is so firm and so solid she doesn't mind his odd flirting. I think what that tells you about him, from that side of their relationship, exudes into the community, so what he does, he will take someone a bottle of whisky or a bottle of brandy, as a softener for anything that he's got going on. And I think that endears him to everyone, and he's the giver of great advice.

Have you enjoyed playing Pop Larkin?

I really have because I've never had the chance to play someone quite like him before. To play this guy who's laughing all the time and laughing with his family, having fun with his wife and his children and the whole community, and to see him say to everyone, come on, do you know what, we'll have a fun, it's just a wonderful thing to do, it really is. 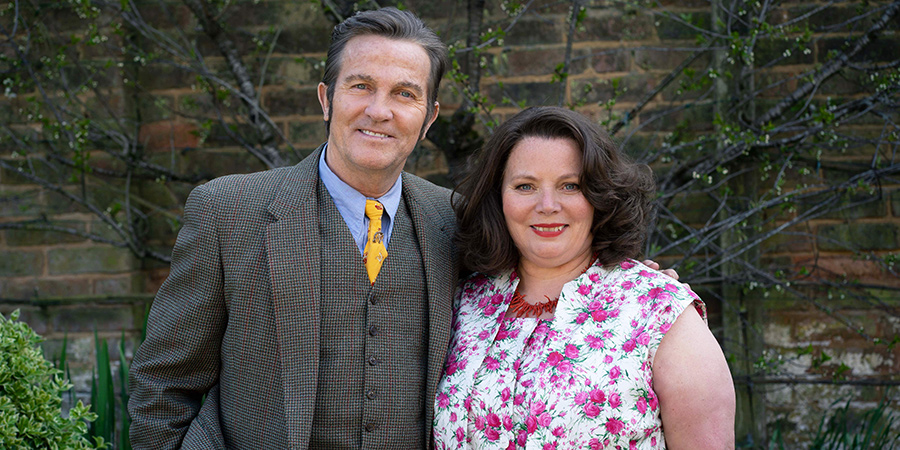 Do you have any favourite expressions or scenes?

I'm not sure if he has funny expressions but I love his style of dress, I love that period of dress I think it's fantastic. I also love the fact that we can drive those wonderful old vehicles.

Tell us a bit about the farm.

The joy of shooting here in Kent is the fact that this is where the books took place, so you get an infinity with it and you get a real feel for it. I think the farm we're working on has a good couple of hundred, three hundred acres maybe, it's beautiful. The interiors are the true inside of the farmhouse, it's so lovely.

Are you excited for audience to see The Larkins?

This is such a warm show that's beautifully shot with lovely warm colours on screen. You can sit down and relax and say, 'do you know what this is like living in the 1950s, early 60s again'. The appeal will not just be national, but international and universal. The Americans loved Downton Abbey and this is the sort of show they'll love too and they'll want to visit Kent.