Tom Cruise talks about his new movie; Laura Carmichael, Jessica Brown Findlay and Michelle Dockery discuss the Downtown Abbey special; and the cast of The Inbetweeners Movie drop by too. With music from Il Volo.
Preview clip 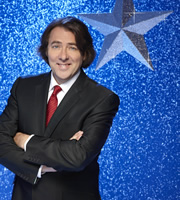 Tim Minchin wrote a song specifically for this Christmas special but ITV's Director of Television, Peter Fincham, decided to cut the performance for fear of causing offence. Below is a copy of the footage that was cut:

This song by Tim Minchin was cut from the Christmas special of The Jonathan Ross Show for fear of causing offence.