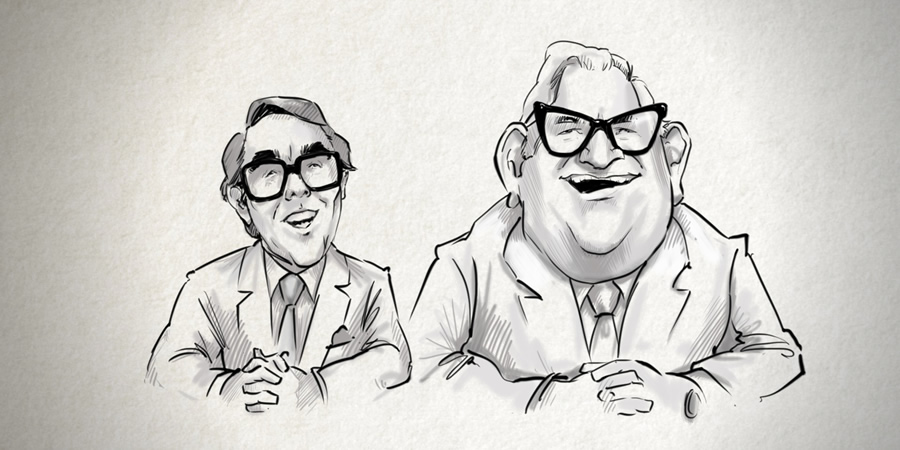 Mixing archive interviews with footage from their much-loved sketch show, The Interviews presents a profile of Ronnie Corbett and Ronnie Barker - in their own words.
Preview clip

Ronnie Corbett and Ronnie Barker were responsible for some of the greatest moments in British comedy. The Two Ronnies dominated Saturday night TV for over 15 years, pulling in up to 18 million viewers, and producing unforgettable sketches that are still delighting audiences today.

This episode tells their story by combining chatshow interviews with hilarious sketches from their comedy archive. Talking to the likes of Frost, Parkinson, Wogan and Harty, the two Rons re-live the key moments in their careers. From their first meeting through to the very last television programme they made together, they give an insight into the inspiration behind some of their most famous sketches, what made them tick as a duo, and why The Two Ronnies came to a premature end.

The Interviews looks at the careers of Ronnie Corbett and Ronnie Barker.