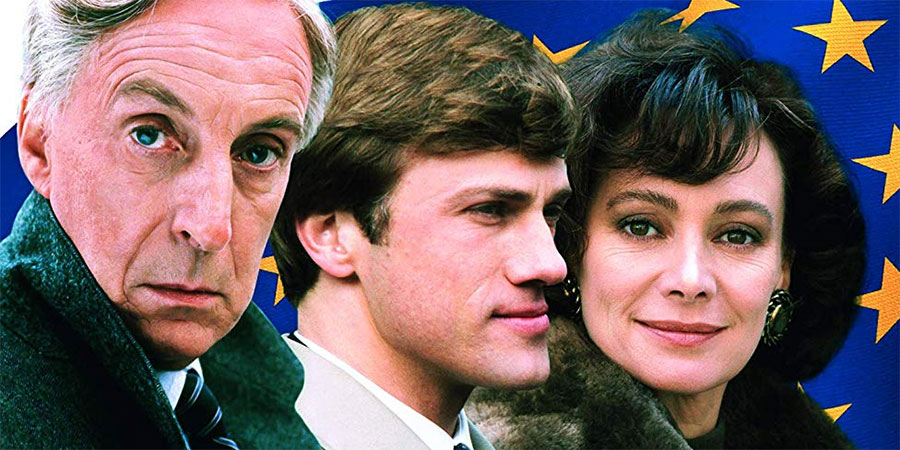 Hans-Joachim Dorfmann, an honest and idealistic young man, has posts at both the UN and Unesco in his past, but he's now heading to Brussels to take up an important administrative role within the bureaucracy that is the European Economic Community.

Arriving in the Belgian capital, he finds himself flung head-first into a world of smooth operators, ruthless careerists and a smattering of downright peculiar, shady characters who immerse themselves in and around the community's parliament. His immediate superior is stern Englishman Michael Spearpoint, a similar devotee of the European project but with his eyes set firmly on the prize of his own power rather than the idealism of the market.

It is not long before Hans's naive questioning opens up a rabbit hole of trouble. Working within the E.E.C.'s agriculture department - by far the most important and rich part of the bloc - he stumbles across an odd series of shipments of olives across the community's member countries. But mixed priorities and the whims of his superiors (not to mention their superiors) make it a difficult issue to understand.

Meanwhile, the E.E.C.'s restrictive agriculture practices and import/export rules have resulted in a huge over-production of olives that must be dealt with; Hans is not happy to see them destroyed - alongside the so-called wine lakes and butter mountains of years past - and has them loaded onto trains bound for Brussels so that he can attempt to find a more palatable solution.

Also playing heavily on his time are various high-movers who appear keen to make his acquaintance, for Dorfmann's reputation appears to precede him - much to his surprise. The agriculture commissioner; director-general; his daughter; an Italian journalist and a seemingly powerful, persuasive businessman are all equally keen to avail themselves of his time.

Very quickly, the self-proclaimed idealistic bureaucrat is caught in a web of power and corruption at the very heart of the Brussels elite, with his fresh-faced naivety offering the scheming parties the perfect opportunity to position him as their fall guy and commit the largest fraud in the E.E.C.'s history. Between criminal gangs, crooked businessmen and seasoned European politicians, Hans could well be swept far beyond his own control by this particular gravy train.