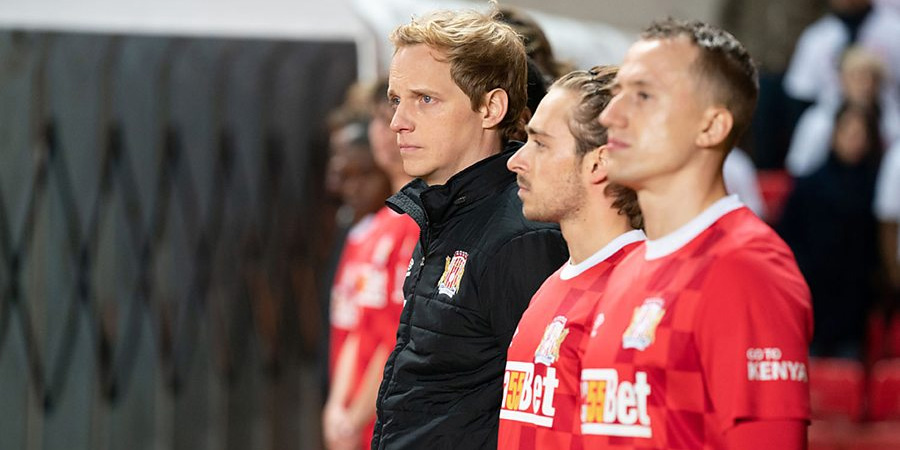 Chris Geere, who plays the coach in The First Team, reveals that in real life he suffered a knee injury like his character.

How did you get involved with the series?

I'd worked with Iain [writer Iain Morris] a couple of times previous to this job and was flattered to hear that he had written the part for me. Apparently, they have never written a part for a specific actor before, so I jumped at the chance. I was thrilled to be able to work with both Iain and Damon this time.

Chris Booth was a one-time player for the club that suffered an injury that stopped him playing. He then became a part of the coaching team despite not necessarily being the best person for the job!

What was it like working with both Iain and Damon on set?

I loved every day working with them, especially as they gave me freedom to really explore the different levels of the character. We spoke before filming regarding the tone of the show, so I had the luxury of time to work out how I wanted to play with the arc of this character.

What a talented lovely bunch they are! Everyone from the main cast to the supporting background, we really developed a strong friendship by the end. As a lot of the scenes involved using the whole team there were quite often 25 of us in every scene! 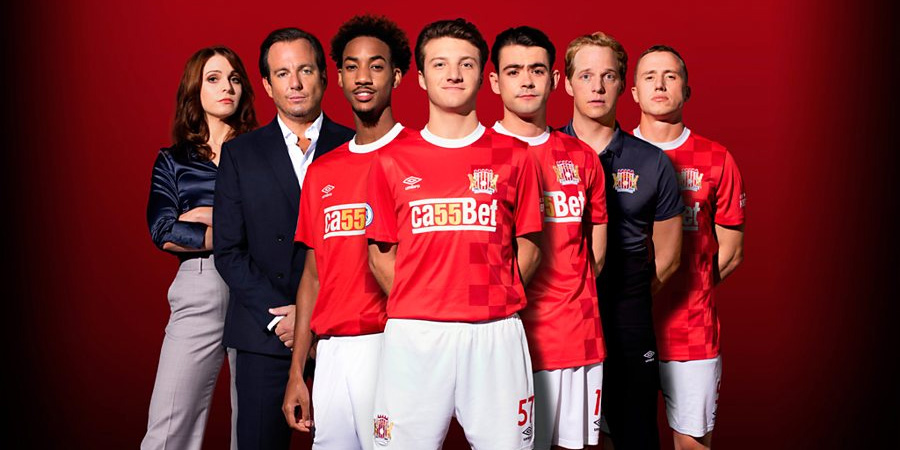 Do you have any favourite anecdotes/moments from filming?

We filmed a scene for a montage that showed the boys training whilst on hiatus from the league. We had to improvise a hilarious section where Chris Booth was training the team. The amount of uncoordinated shuffle runs and out of rhythm jumping sequences is a scene I'm very much looking forward to seeing.

Are you a football fan? Do you follow the Premier League?

I'm a HUGE football fan and when I lived in England I went to see Manchester United as often as I could.

Did you grow up playing any team sports?

I played football every Sunday to quite a high level and ironically also suffered a knee injury which set me back. I still have a kick around every now and then with my son especially.

There is an obvious connection with the behaviour of the boys in The First Team and the boys in The Inbetweeners that I think people will just love. The fact that these guys play professional football, have loads of money yet little common sense is hilarious.

As you now primarily work and live in the US, what major differences have you noticed between British and American comedy?

There is a completely different tone to British comedy and one that I have been lucky enough to experience over the past ten years. It all depends on the broadness of each project but to be honest I just love working in comedy in whatever form. I have always admired Iain and Damon's writing and anyone who enjoyed their work before will just love this show.

Audiences can expect exactly what we all miss from The Inbetweeners. The depth of the characters in The First Team will make those boys household names by the time we see the finale. There is a real insight into what it's like to work behind the scenes at a huge football club including the many ups and downs of fighting towards a successful season. I also particularly enjoyed the interaction between the players and the fans which I can only imagine is rewarding and terrifying at the same time. I am desperately awaiting the show's start!