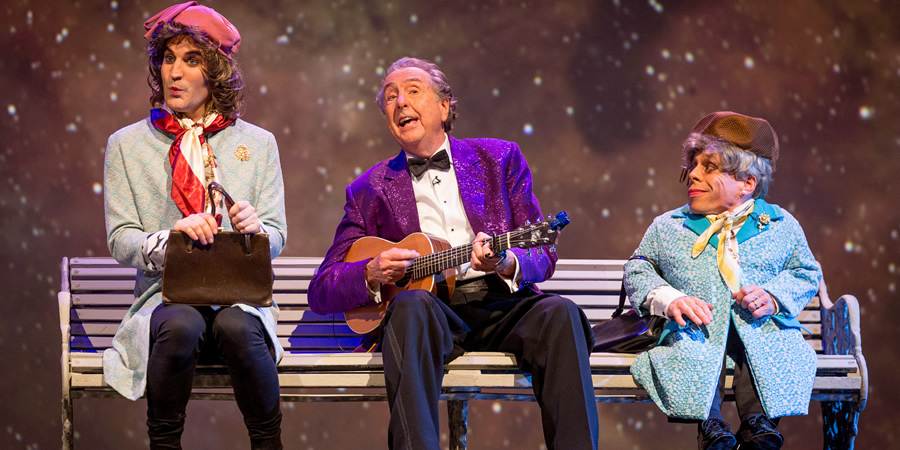 The Entire Universe is a unique collaboration from the creators of Spamalot, starring Professor Brian Cox, and combines fascinating facts about the birth of the universe with larger than life comedy characters penned by the legendary Eric Idle.

In this special programme, Professor Brian Cox will initially appear in the manner to which he is accustomed by giving an auspicious scientific Christmas lecture. However, upon turning up to the infamous Rutland Weekend Television, he soon realises he is in fact in a major musical put on by the Muriel Tritt School of Music and Dance, choreographed by Arlene Phillips.

Throughout the programme, Professor Brian Cox continues to patiently mentor Eric in an attempt to make up for his entire lack of education in science. The result is an extraordinary explosion of comedy, music and dance depicting the birth of The Entire Universe - in just one hour.

Alongside Brian and Eric in an out of this world plot, Warwick Davis plays the part of The Big Bang, Noel Fielding takes on Einstein and Hannah Waddingham tackles time, while Robin Ince attempts to keep order.