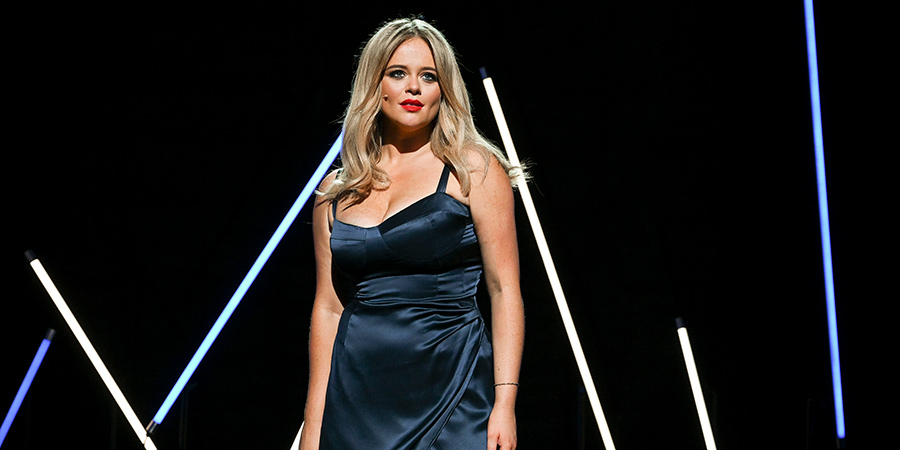 Tell us a little bit about your new show. What can viewers expect?

It's The Emily Atack Show, which I still can't quite believe; saying that out loud seems very, very surreal. My whole life I've wanted to make a sketch show and I've wanted to try stand-up. So, merging the two together was just the perfect opportunity for me to try my hand at both.

When I was very young I always wanted to do my own sketch show and I'd make characters up in my head. I think the series is a modern version of those traditional sketch shows that I used to watch. Seeing how a woman of my age navigates her way through life and all of these obvious topics that we're faced with, like dating, families and friends and just having a good old laugh at my expense to see how I handle these situations.

I really want these sketches to be relatable. I really hope they are. I've watched the greats, like French & Saunders, Catherine Tate and all these incredible women. The difference with their sketches is that they have created so many incredible characters that have stood the test of time, I just hope I can do this too. 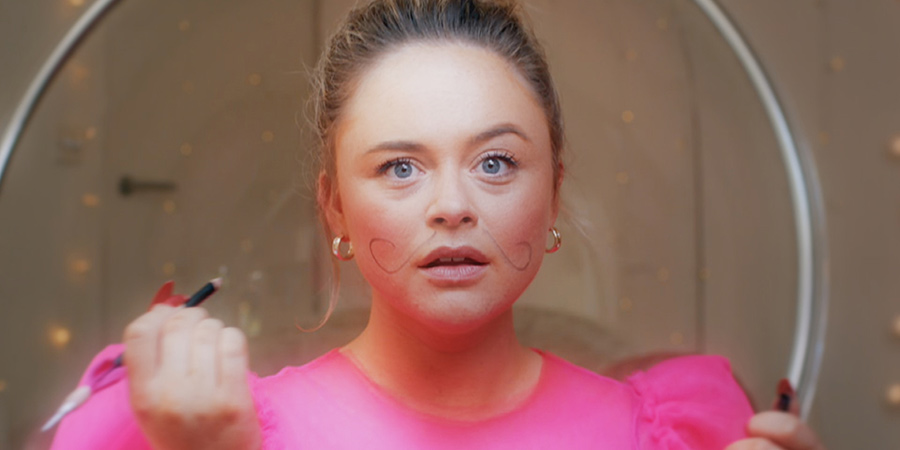 Is it biographical or is it stories that you've accumulated from talking to your friends?

It's a bit of both! Viewers will see in the episodes where I focus on my family, that I end up admitting quite a lot of things on stage in front of my poor parents! It's taking a look at how we feel about things as women in general, so it's not always just my personal experiences.

I do have a problem with oversharing though, I want to reach out to people and say we're all human beings and this is what we sometimes have to go through in life, whether it's breakups or awkward moments with your family. I just really hope people identify with all these things.

Given the current climate, do you think it's important that we can all still laugh about things and talk openly about what's happening in our lives?

Absolutely. Do you know what I love about the show? It's a reminder of real life. What it was before and what it will be again. There's no reference to Covid whatsoever in the series; you wouldn't think it was filmed in the middle of a pandemic. Obviously the restrictions we had on set were incredibly tight. It was so difficult to film and unlike any other filming experience I've ever had, but we wanted to make sure that it was a Covid free show and I just really hope it gives people some form of escapism. It's good to laugh at silly fun things again. I'm hoping it comes at a time when we all need this a little bit.

It's great to see a female-fronted comedy. Who are your comedy heroes?

I've got so many! I always say this, while other eight year olds were watching Sabrina The Teenage Witch and shows like that, I was watching French And Saunders and other great comedy sketch shows. My mum always had these shows on because she worked in the industry too. My mum is also an inspiration to me. She had a sketch show in the 80s which I've YouTubed plenty of times.

I had a bit of an old soul when I was younger and I looked up to all of these women. Rather than be a princess, I wanted to be the funny girl. I love Catherine Tate, Miranda, all these incredible women and I thought, 'I definitely want to be the funny girl on telly.' 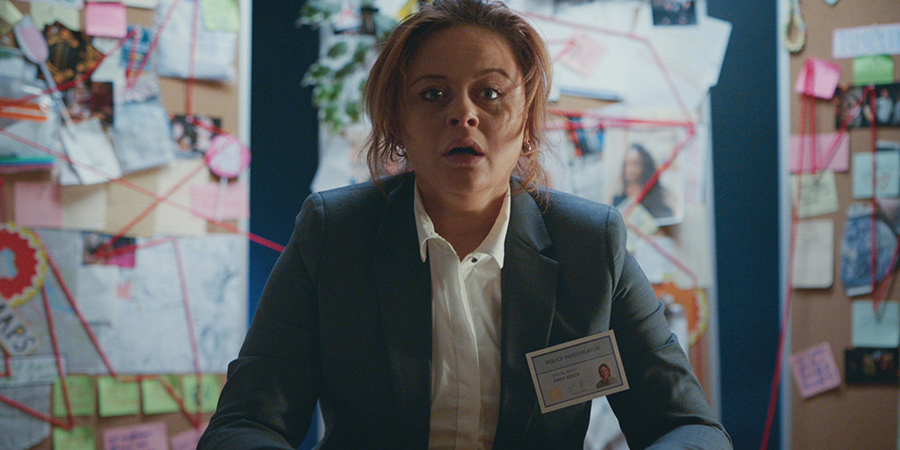 Do you get nervous when you're doing your stand-up?

Absolutely. I get so nervous. Even now. I remember when I did my tour last year and I was so nervous, I thought, 'don't worry the nerves will go,' but they do not leave you.

I was especially terrified during the stand-up elements of the sketch show when I had family and friends there. My brain just freezes and I panic. It's that thing of wanting to please people that you know and love. It's absolutely terrifying. You're basically out there and saying, 'can you all laugh at my jokes please?'.

Once I get into it though, I feel comfortable. I just have to pretend I'm in the pub with my friends and just telling a story or silly anecdotes. And that's how I get through it.

You can't beat stand-up, it's so lovely and such a different experience having the crowd's reaction to working on set. I really hope the show just brings those things together. There's some impressions in there too. I've included everything in the series and I just hope people love it.

Each week focuses on a particular topic, the first one starts with dating. How did you decide which areas of your life to cover?

It's things that I like talking about. When people say 'write about what you know', I know about dating, I can talk about dating forever, I can talk about body image, family, friends and all these things we're faced with. We have the social media element as well now to deal with. The show is my way of discussing how we navigate our way through these things in the modern world. It's just showing the pressures of it all and how difficult it can be, with social media in your life everyone's on show now and comparing lives. So it tackles those things, but it tackles it in a very light hearted way. 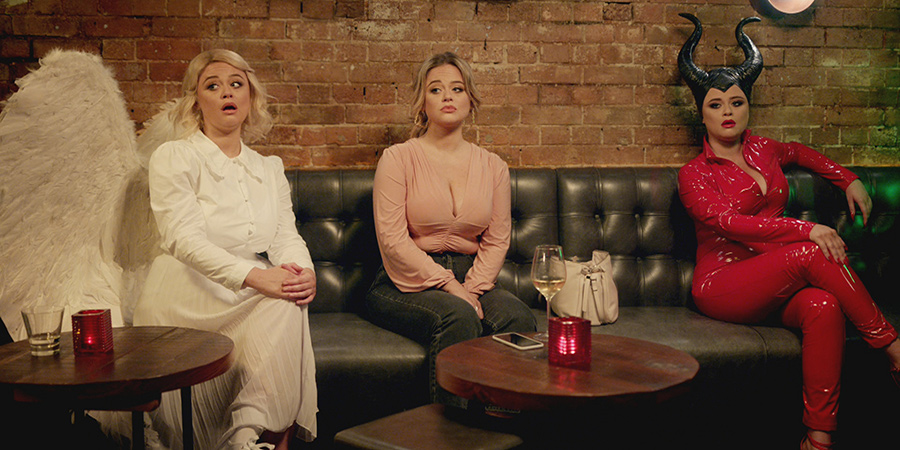 How long did it take you to write the series? Do you work alone or do you work with co-writers?

We wrote the pilot over a year ago now and I have an incredible team of people. It was the most amazing experience to sit around creatively. I basically sat and said; "These are the characters that I've imagined for a long time now and these are the scenarios." I'd sit and come up with ideas for a scene and I'd have amazing people who help me structure that. I was so lucky with the little team that I had because they completely got me. They completely understood what I wanted from this and they really helped create the show that I wanted to make.

I also really discovered my joy for writing and I just loved sitting there writing with other creative people, having them understand your ideas and build on them. It's just such a lovely thing and it's so wonderful doing it with funny women as well. Just sitting around and laughing. It's like a big old therapy session. We all share stories and how we have dealt with certain things, it's just a really fun, creative thing to do, to sit and talk about things that you've been through and discuss how we can then put a funny spin on it.

What's the best advice you've ever been given?

Don't be late! That is one of my biggest things. In this industry you can't really give advice, everybody is trying to navigate their way through this as best they can and everyone has their own stories to tell, it's all very personal to them. However, the two things that my mum always brought me up on was don't be late and just be nice and try not to be hungover! It's very simple advice that I've always taken with me, be good to people, be kind, be nice but have fun and hopefully the work will keep coming. 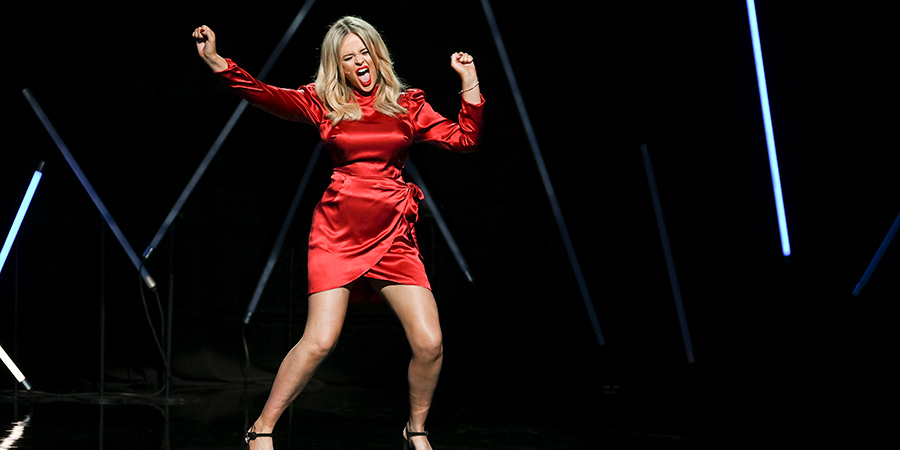 What is harder, doing the jungle or stand-up?

That is a really good question! They're both very similar, as they're both terrifying but they're both fulfilling and you come out of each experience feeling so proud of yourself, you feel like you've just climbed a mountain. I'd say both equally as terrifying, but equally as rewarding.

Well I've accidentally been called Charlotte, my character in The Inbetweeners, a few times. Whenever that has happened, it's funny and it's been quite endearing, I just laugh it off. It's not the best opening or greeting is it? A double kiss and a "Charlotte it's nice to meet you!" At least call me by my actual name!

You're renowned for your impressions. Do you have a favourite one that you like to do?

I've included some news ones in the series which has been really fun. However, when I imitate the G.C [Towie star Gemma Collins], it always seems to go down really, really well, because everybody loves her, she's so wonderfully hilarious. I think it's a testament to how many people love her, when people love the impression of her.

People also tell me I do a great Holly Willoughby impression as well and again I think because everybody loves Holly Willoughby so much. It's like home from home, when you see someone doing an impression of someone that you really, really love. So, I would say The G.C and Holly. 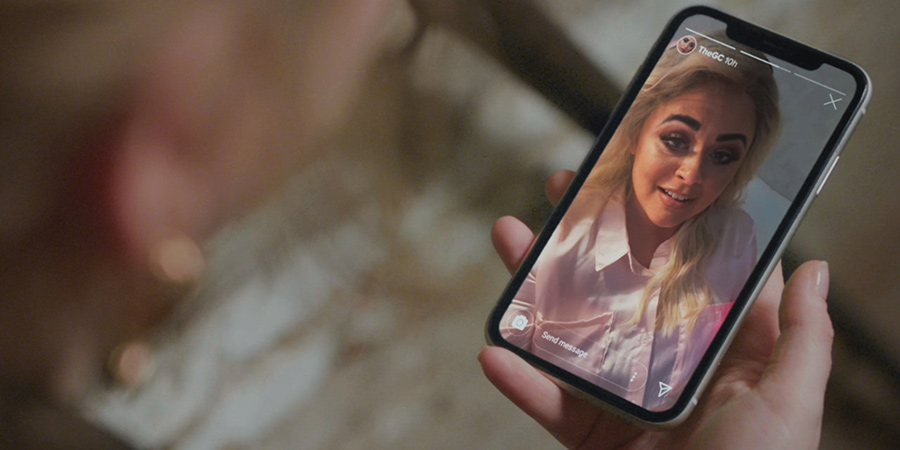 Have they seen your impressions, and have they said anything to you?

I think The G.C has seen a few of my impressions. To be honest, I've never actually done my impression of Holly in public, so I'm not sure she'll know that I'm doing it. They all know that I'm a huge champion of these amazing women and I'm never here to poke fun at anybody. It's all just fun and I only do impressions of people that I admire.

Is there anyone you find difficult to do?

Yes, there's loads of people. I really want to be able to nail a male impression. I imitate Keith Lemon in the sketch show and I'm really nervous about it, because as a woman doing an impression of a guy, it's so difficult as our voice boxes are completely different. I'll see what viewers think of this one and if they like it maybe I'll try some more male impressions.

How have you been keeping busy in lockdown?

Lockdown was so difficult for everybody. I live on my own so it was particularly hard at times. But, I'm very lucky. I've got my health and I'm very busy working again. I'm so fortunate to be working and I count my blessings every day for that. It's just very tough for everyone right now. But as long as we're healthy, staying safe and sticking to the rules. We've just got to get through this rubbish bit of life and hopefully we can all get together and cuddle each other and snog each other again soon!