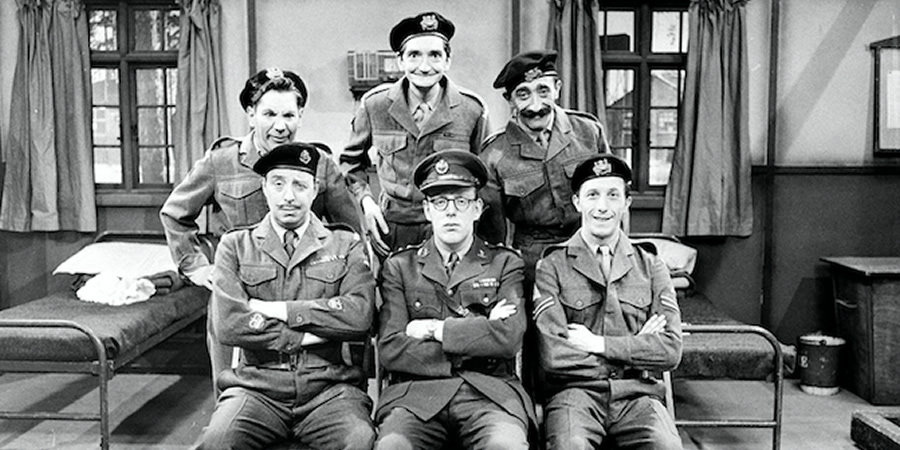 The Army Game, broadcast from 1957 - 1961, focuses on a group of British army conscripts who are based in Hut 29 at the Surplus Ordnance Depot, Nether Wallop, Warwickshire.

The sitcom follows the antics of the privates, who are determined to dodge work and create some amusement out of a situation they'd rather not be in. Plus it looks at the attempts of their superior officers to stop the fun and keep the showers clean.

Filmed during a time when National Service was still compulsory, The Army Game was an instant hit for ITV and shot straight into popular culture - everyone was talking about it and adopting the catchphrases, for example "I only arsked".

Despite the constant cast changes, Granada TV met the public's demand for the sitcom by producing over 150 episodes in just four years, something even modern American sitcoms can't match. However despite being one of the most popular British sitcoms and having such a large episode count, this show isn't well known any more; this is partly due to the fact that most of the tapes have been lost and those that remain are looking rather dated.