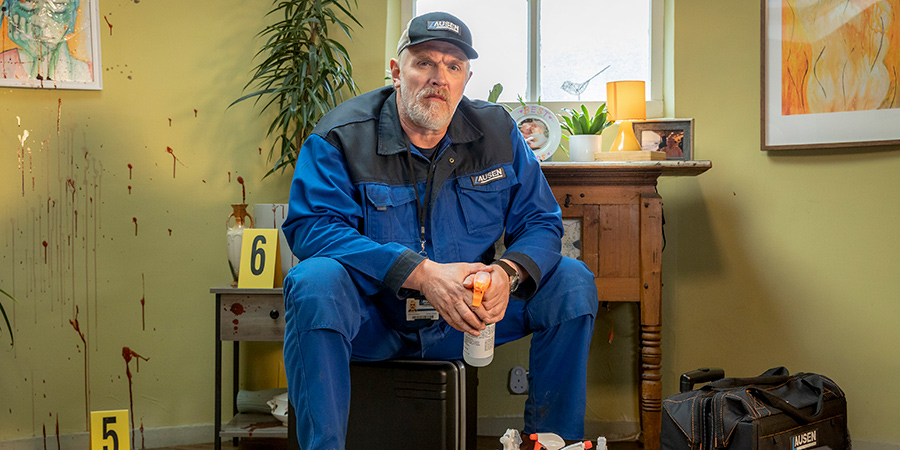 Greg Davies introduces the concept of his new sitcom, and admits he's a bit jealous of his character.

What can viewers expect from The Cleaner?

The Cleaner is a comedy about a man who has made it his job to mop up the horrible aftermath of crimes and accidents. To Wicky, a bloodbath is just an obstacle between him and his next pint. Each week he attends a different 'crime scene' and meets a new character associated with whatever had happened.

Each episode is totally different the only constant being a man with an everyman curiosity and a determination to leave things spotless. It's also very silly at times and I hope funny.

I think it's a unique show in that the cleaner is the only constant character. The bizarre life events that have led to him being called unfold differently every week, and he finds himself in strange situations talking to people he has no frame of reference for. 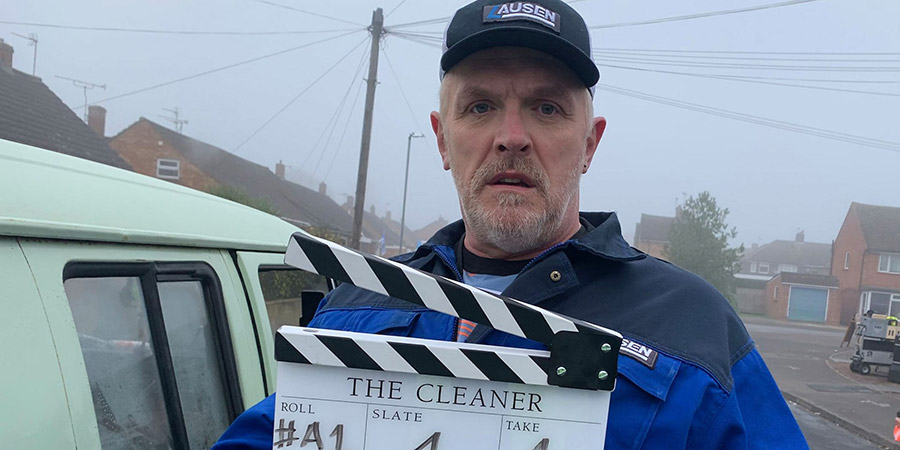 This is a departure from your previous writing style, how was that for you?

Each episode is generally a two-hand 'play'. I mistakenly thought this would be easier than writing for multiple characters. It is not! It was nice to just focus on Wicky and the person he encounters each week though. It's a challenge to make them rounded and to give context to the dreadful events that have led them to be spending time with a crime-scene cleaner.

Do you see any of yourself in Wicky, are you a bit of a gossip?

Oh, I'm even nosier than he is, but I generally don't get access to crime scenes. He gets to dip in to bizarre lives, which I'm a bit jealous of to be honest. He also likes a pint and his friends are the friends he has had for a very long time, which is true of me. 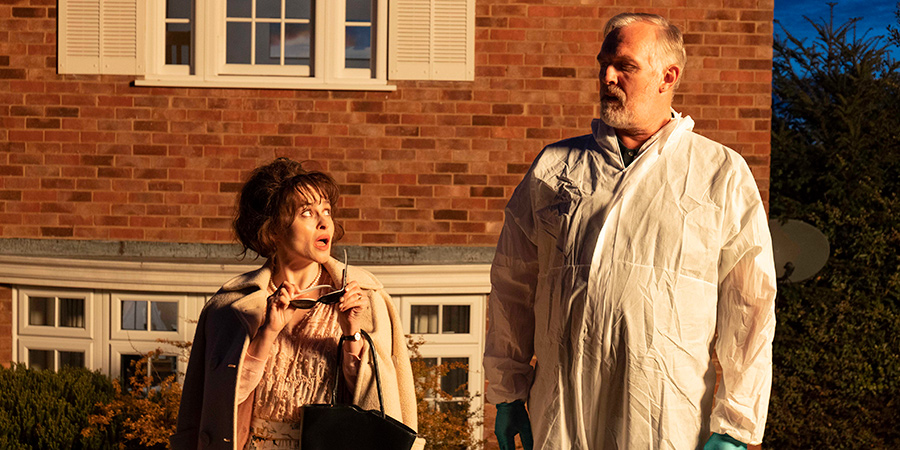 You attracted some brilliant co-stars for the series. When you were writing their episodes did you have them in mind, and how was it working with them?

I didn't dare imagine that people like Helena [Bonham-Carter] would say yes, so I just wrote them, but the scripts certainly evolved once the parts were cast.

Each of episodes are stand-alone with a new case and new people, did you have a favourite and why?

It's such a cop out answer but I genuinely didn't. They are all so different and each actor brought new and brilliant things to the part. 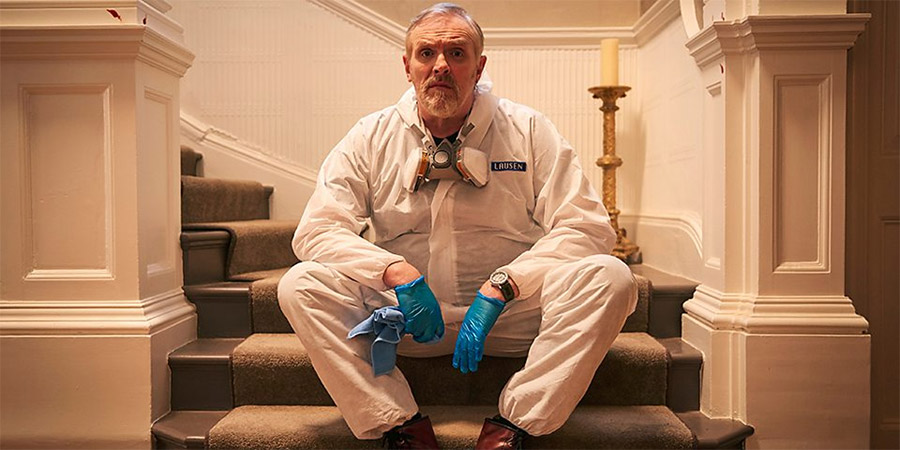 Having played Wicky, how good do you think you would be at cleaning up a crime scene now?

As anyone who knows me will testify, I would be the worse crime-scene cleaner on the planet. My home/car regularly look like crime scenes because of my incompetence in the field of domestic work.

Are there any funny anecdotes from filming you can share?

I generally laughed a lot through the series. There was one incident I would love to tell you about, but for now I am sworn to secrecy. Until I establish how much the actor is prepared to pay me not to tell you.

If you ever met a real crime scene cleaner what would you ask them?

I'd apologise and then ask them if we can get together and design a more breathable SOCO [Scene Of Crime Officer] suit for a fat middle-aged man working under lights.

The Cleaner is on BBC One on Fridays at 9:30pm.