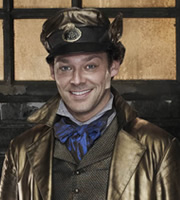 Originally from Uberwald (Discworld's "Germanic" lands), Moist Von Lipwig was orphaned at an early age and thus was raised by his grandfather. He was bullied at school and so ran away and became a travelling conman. During this time, Lipwig became an expert forger and used a number of aliases, including Albert Spangler. It was under the name of Spangler that he was caught and faced execution in Ankh-Morpork.

However, he is spared by the city's ruler Lord Vetinari, who sees him as the perfect man to become Postmaster of Ankh-Morpork's rundown postal service... it's a job which quickly earns him enemies and lots of danger. 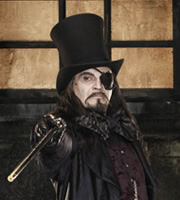 A ruthless businessman with a piratical appearance, Reacher Gilt is a shameless fraudster who maintains his monopoly by having anybody who may pose a threat to him killed. Gilt is chairman of the Grand Trunk Company, having stolen the business from the Dearheart family. His business runs the "Clacks" - a system of semaphore towers which are Discworld's version of the internet. 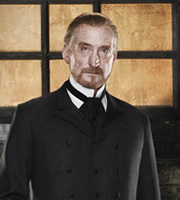 The current Patrician of Ankh-Morpork, Havelock Vetinari was born into a wealthy and influential family. He was educated at the Assassins' Guild and is himself a former assassin. In his role as Patrician, he discovered that people only really want stability and that tomorrow should more or less resemble today.

It is said that Vetinari can accomplish more with irony than most others can with steel. He is an expert Thud player and plays a long-distance game with Lady Margolotta of Uberwald, communicating moves via Clacks. 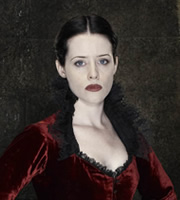 The daughter of Robert Dearheart, founder of the Grand Trunk Semaphore Company, and sister of the murdered John Dearheart, Adora is cynical, angry and a heavy smoker.

She previously worked in a bank but she lost her job when Moist Von Lipwig, before he knew her, ruined the banks.

Adora currently works for the Golem Trust, a charity dedicated to giving golems their freedom. 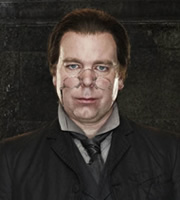 A faithful and loyal servant to Lord Vetinari, Drumknott is the Patrician's chief clerk and secretary. A quiet and studious man, Drumknott is an excellent clerk, performing whatever task Vetinari requires. He is often one step ahead of his boss, providing him with whatever he needs before he asks for it.

Drumknott has a penchant for stationery and likes to design newer and more efficient forms of ring binder. 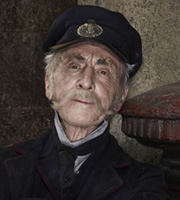 One of the last two postmen remaining at Ankh-Morpork's Post Office, Groat is the oldest junior postman on the Disc (nobody stayed in the job of Postmaster long enough to promote him)... but shortly after Moist Von Lipwig's arrival as postmaster, Groat is promoted to senior postman.

He is unmarried and without children, but is the closest thing to family fellow postman Stanley has. Not one for personal hygiene, Groat's clothes, and appearance, have seen better days. 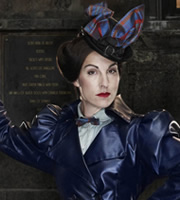 The "eclectically attractive" Sacharissa Cripslock, the daughter of an engraver, is a news reporter for Discworld's first newspaper, the Ankh-Morpork Times. Her choice of profession might seem odd considering she originally arrived at the print works to complain about the invention of moveable type.

Cripslock has an undeniable nose for news and is always first on the scene when a story breaks. Interestingly, she refers to herself as "Miss Cripslock", despite the fact she wears a wedding ring and is presumably married. 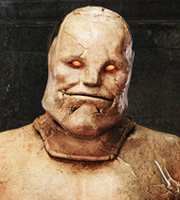 Mr. Pump is a golem who is tasked with serving as a parole officer-slash-assistant to Moist Von Lipwig. Mr. Pump got his start in the golem business by working in a hole pumping water (hence the name) for 240 years - his creators had failed to tell him when he was supposed to stop pumping, and golems never stop performing a task until said task is completed. His tracking skills are impeccable - Moist is powerless to escape him. 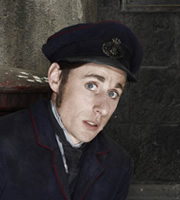 An orphan, born and raised by peas (don't ask) in Ankh-Morpork's Post Office, Stanley is a strange young man who learned to read from the envelopes waiting to be delivered. Obsessed with pins, he is a 'pinhead' collecting every type of pin known on the Disc. His infatuation with pins is soon overtaken by a new interest in stamps, becoming the Discworld's first stamp collector. Moist von Lipwig eventually makes Stanley the Post Office's first head of stamps. 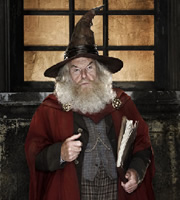 Mustrum Ridcully is the Archchancellor of the Unseen University of Wizardry, Discworld's largest college of magic. Unlike most wizards, Ridcully is fond of the countryside, sport and healthy living, as well as being highly intelligent... but he tends not to think things through.

His one big achievement is seemingly to increase the life expectancy of wizards as, before him, most got promoted by killing those above them. Ridcully has managed to retain his job... even though it means those below him are scared of him. 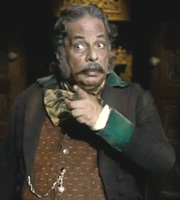 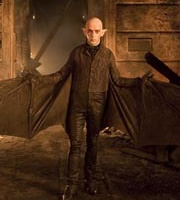 Mr Gryle is a figure of mystery and terror. An old legend tells us that Banshees cry over the houses of those who are going to die. Mr Gryle cuts out the middle man. As he tells Moist: "You know what they say; hear the cry of the Banshee... and DIE!!"

Mr Gryle has found steady employment with Reacher Gilt, a man who frequently needs obstacles removed from his life. Mr Gryle has little spare time, emotion or thought and takes care of these "problems" with no guilt and a hefty profit.