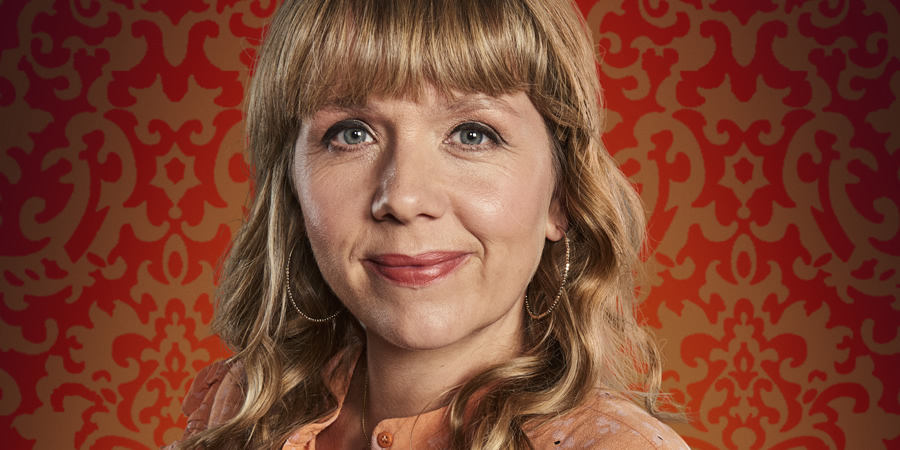 Kerry Godliman reveals winning one particular task was the highlight of her life.

Oh, man! It's such a great programme. It was such a delight to be asked! You just get to play, don't you? I tried to explain it to one of my in-laws and she just looked at me like I was having a breakdown. I mean, it's very hard to explain it.

It's like playing games in rooms with time restraints. They're like mini workshops. You've got to want to win and yet have no regard for winning in almost equal measure. I mean, that is a real challenge! Because sometimes you think, "I actually really want to win this." Because I can be very competitive, which I think helps, but then you've got to completely throw that away because Greg's whims are completely unpredictable.

I didn't have one. My strategy was how to eat an elephant, one bite at a time. So, I just tried to commit to that moment in each one.

I didn't have a grand plan. I think people who do are freaks.

Is it more important to be funny or to win a task?

For me personally I could see there were choices about whether to be funny or just focus, and my decision was to just do the tasks, and hope to be funny on route. I just felt like, for me, I could be potentially a bit more engaging and funny whilst being on task. And if I went down the road of, "Hey, I'm going to subvert this and see what comes out," it would be contrived and awful. So that wouldn't have worked for me, because that's not my comedy style.

My stand-up persona is very, "I don't know what you're laughing at because this is pissing me off." So I did it real. 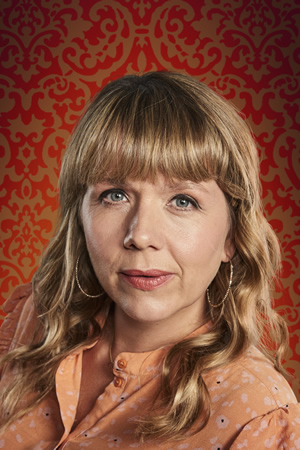 Did you know the other contestants?

I knew everyone except Jess. And then I got to work with her and we got on very well so it didn't take long for me to feel like I'd known her just as long anyway.

I've known Rhod the longest, I started out with Rhod and Greg actually, on the circuit in around 2002.

Did that give you any kind of advantage?

None! None. I haven't gigged with either of them for years and years and I just forgot how hilariously funny they are, so that's been one of the joys of this.

And I love Greg and Alex, I love their rapport. So to me, I've got a front row seat for one of the best double acts on television.

How did you get on with Greg in his role as Taskmaster?

I've been disqualified for cheating on one round and I couldn't fight it. I was like, "Yes, I cheated."

I've seen him being upset with other people, being cross, and I haven't been on the receiving end of that.

I really wouldn't want his wrath. I don't want to disappoint him. The teacher in him is really part of this. That kind of, "I don't want to let Mr Davies down."

How competitive did it really get between you guys?

I haven't really massively felt that. I think there have been moments where there has been what could be construed as injustice.

There was one round where Rhod was sort of booted out because of something to do with baked bean juice, and I thought, "Oh, man - this game is hardcore!" and if I was him then I'd have been incensed.

I don't know, he seems consistently tough to me!

What's funny is the sweetness, or the tenderness he shows sometimes. He's awarded points for things like, "Oh, I'm genuinely moved by that," or if the word "surprising" is in the task, he'll go, "I am genuinely surprised by that."

Most of us expect him to be cross, but it's really nice winning his favour with the tender side, you know? So that's been fun.

What has been your most successful task?

The task I was the most excited about, I really lucked out because of the weather and I really smashed it, and I was over the moon.

I don't think I'm going to feel as happy as that for the rest of my life. It tops my wedding day. It tops the birth of my children. I don't think I've ever been happier. It was a truly beautiful moment. 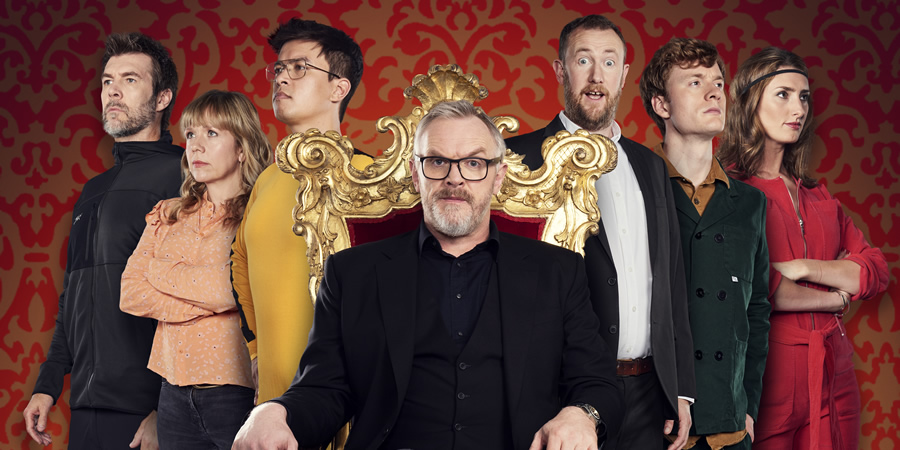 What has been the greatest gift that somebody has brought in at the beginning of a round?

There is one Rhod's put in which was genuinely mental. Like, Rhod has taken things to new levels, I think.

He did something absolutely crazy. I mean, I'm cross because Rhod has got an advantage because of his friendship with Greg. So he's got access to the Taskmaster that we do not have. Like, his house.

I mean, I don't know if Greg wants to press charges. I would. It was so mad. He stayed up all night to do it.

He's taking this really seriously then?

Well, yes, but on other rounds, Rhod will just blow it out of his arse and phone it in. There was one where we tried really hard and Rhod just threw in a line and then walked out.

He's a real blow it or smash it guy. Which is really annoying, because he's a rogue element - you don't know where he's coming from. You don't know what he's going to bring.

But he has got this friendship thing with Greg that, again, sometimes works in his favour, and then disadvantage.

They've got a long, old, slightly grating friendship, so I can see that Greg loves him and loathes him with equal measure.

How helpful was Alex Horne in your tasks?

Not remotely. He isn't remotely helpful. If you ask him a question he says, "Read the task again." I mean, he'll get things for you. And did let me sit on his shoulders for one so that was helpful.

And he played a part in mine and Jessica's soap opera. We cast him as a shocked lover and he was brilliant. But that's rare. Generally, he's no use at all.

Would you recommend the experience to other comedians?

Oh, my God, yes! I've had a wonderful time. I can't imagine why anyone wouldn't want to do it. It's a joy.