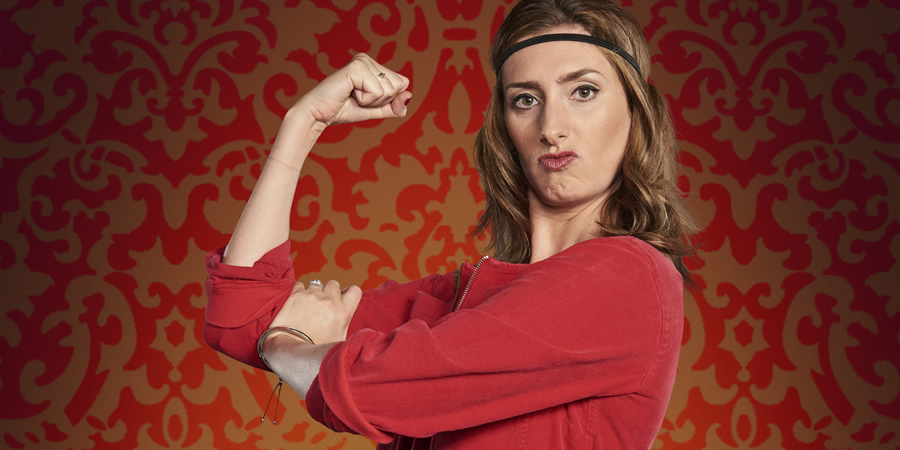 I hadn't watched enough of it to know that it was a bad decision to go on it. I should have known better! I'd seen some of it, I agreed to it, and then I watched a lot more of it and then I realised what I was letting myself in for.

They did say to me "don't watch". So I tried not to, but then I started watching it, and of course it's so good that I couldn't stop. It became a sort of teatime fixture. I was watching it while preparing dinner for my baby, who had learned to clap, so as we were watching it and the audience were clapping, she was clapping! So it was educational to her.

I think what's happened is I've coasted along a bit, and I haven't been outstanding at anything. Some things took me by surprise. What always seems to happen is, when I think I'm rubbish at something it ends up being that Greg loves it.

The Taskmaster is just completely unpredictable. You're at his whim. Yes, and he also goes against the crowd in the room. If the crowd go wild for something, he hates that, out of spite. So you can do something that you think is objectively brilliant and he'll destroy you. 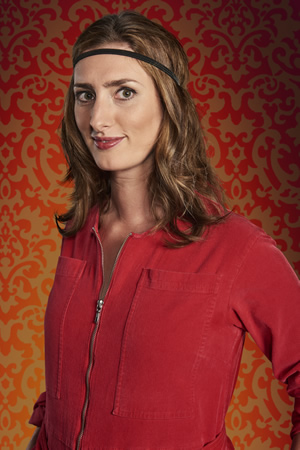 Did you have any kind of strategy to dealing with him?

Just to try to keep my self-esteem intact. Again, failed! I kind of tried to suck up to him a bit. He doesn't like that, he can see right through you. I mean, it is sort of like trying to please a really scary teacher.

I try to defend myself, because also, the other thing is obviously he likes a laugh. Sometimes you try and make him laugh, but if he doesn't like that that it can backfire horrifically. So, you're just always feeling a little bit frightened, really. He's definitely got crueller. And he makes all these sounds now when I talk. So, I can't get a sentence out now without him imitating me with the sounds of what he calls Sesame Street characters.

And somehow, I've got into a situation where Greg Davies - who is technically a giant, I think on a technicality is an actual freak - is taking the piss out of me for being tall. I don't know how this has happened. I don't know how I've allowed it to happen. It's hell! It's a living hell.

Is it more important to try and be funny or do well at the task?

One thing I know now is that I'm definitely much funnier by accident rather than on purpose. So I definitely never tried to be funny.

Because also I think what's so lovely about the show is that it's the juxtaposition of everyone's ideas that's funny. So if you try to be funny on top of that juxtaposition, there's just too many things going on. So, no, I think it's just better to be yourself. And tragically, my true colours have shone through.

What did you learn about yourself?

The problem with it, of course, is that it's not real and it's not an actual skill or a job, and none of the things I learned to do, I can use in real life. So I'm no better prepared for the world than before I went in.

I mean, sure, it turns out I can compose a 30-second piece of music with a violin player and a guy who can play an instrument that I don't even know the name of. But when will that come in handy? When I'm releasing my album of 30-second songs? I've also discovered I can find a blue book slowly. So none of this is helpful, but it has been fun.

How competitive did it get between you and the other contestants?

I think we all get on really well. I mean, there's a really great chemistry. I think we're all friends. Mainly, we tried to support each other. I rooted for Kerry. I think we've got a good thing, an alliance. I think we just want one of us to win.

Was there any difference in the way age groups approached the tasks?

Oh, yes. Four millennials and their granddad. Their angry, angry granddad. The thing with Rhod, he's soooo cross! I don't think I'd realised how aggressive he was! All of his tasks basically end up with someone getting naked or Rhod nearly killing someone. So we're all a bit scared of Rhod. But that might pay off for him. 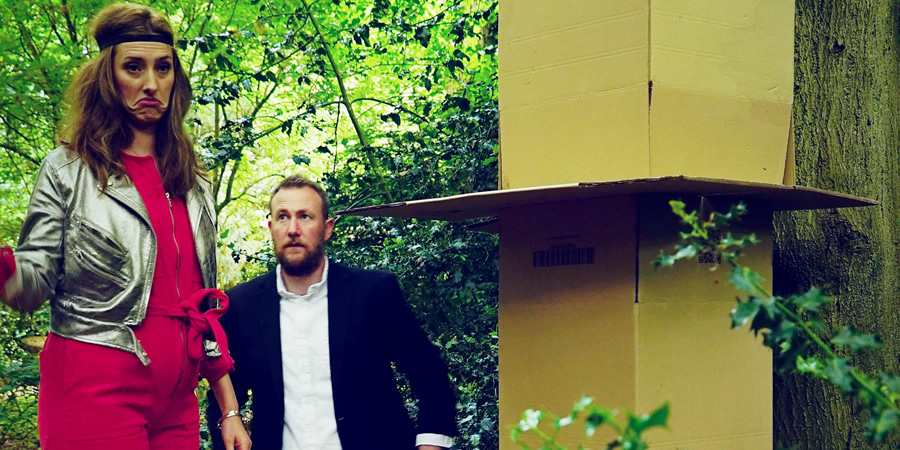 Is little Alex Horne useful to you during tasks?

Oh, Alex Horne is an absolute hindrance! Genuinely, what is the point in Alex Horne? Why is he there? He's there, I think, just to make you feel like you're doing it wrong.

All he does is ask you questions. All he says is, "Oh, I can't say anything. I'm not allowed to say anything." But of course, that makes it so much worse than if there was just nobody there.

Whenever I couldn't do the task and I would beg him to tell me what was going on, he would just turn to me and say, "All the information is on the card." It's so annoying. The amount of times he must have said that to me.

To be fair he did, a few times, say, "Are you sure you've read the task properly?", which was fairly helpful.

The thing is, I've found that when I fail, I fail spectacularly. But I kind of got away with it because Greg's found it funny or endearing, or whatever.

There was one moment where a paramedic was called, and Alex was useful in that moment. He seemed genuinely worried that I might have broken a bone. I did nearly die. Imagine if I'd have died making Taskmaster. What a way to go! I bet they'd have still aired it. I would have died and it would have been funny. Everyone would have laughed.

Who else do you think ought to do a future series?

Well I was in The Inbetweeners Movie and any of the Inbetweeners boys would be amazing really. Joe Thomas is very analytical and has a tendency to overthink things. I think it could be very good television. James Buckley would be funny - he would be a bit of a maverick. Any of those guys.

And my Drifters girls would be brilliant, I'd like to see Lydia Rose Bewley, and Laura O'Rourke would be hilarious.