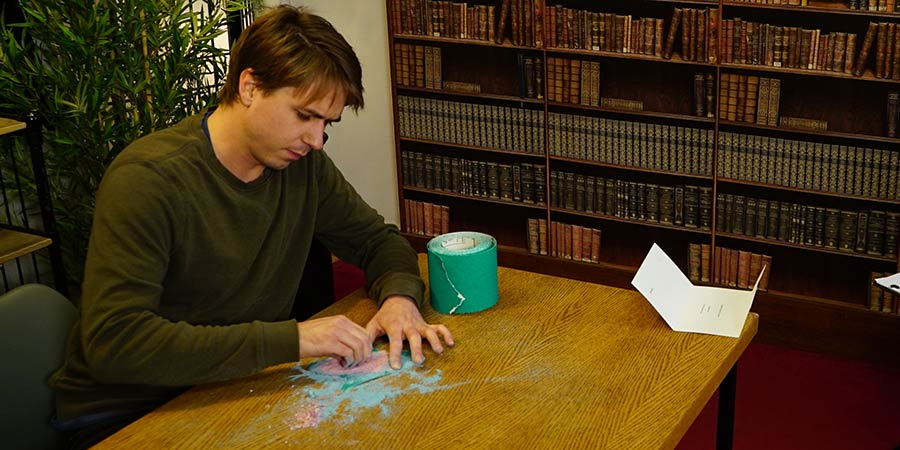 The competitive nature of Taskmaster bubbles alarmingly to the surface as a simple team task involving a hammock exposes tensions between two of the five comics vying to win Greg Davies's monumental golden head.
Preview clips

Task 2: Make the best thing to engage a toddler. The toddler will have five minutes with your thing. Most engaged toddler wins. You have 30 minutes. Your time starts now.

* Sian: Creates an exercise video. - 5
* Paul: A replica of an ecosystem of rubber ducks being attacked by a toy thresher shark, all in a baking tray. - 5
* Joe: Made a toy called "Joe Dough". - 4
* Iain: Makes a puppet called "Clare". - 4
* Lou: Hangs a toy duck by the neck, like a piñata, and the toddler is given a croquet mallet to whack it and release sweets. - 3

Tie-break task: Whip a bottle off a barrel while standing behind a rope. Fastest wins.

Get the loo roll through the toilet seat

Get some loo roll through a toilet seat - simple right? Well, let's see how Iain Stirling and Paul Sinha approach it.

Make the hammock as heavy as possible

A simple task to explain... but can the teams do well?

Greg Davies' choice of discussion topic leaves all the contestants lost for words.