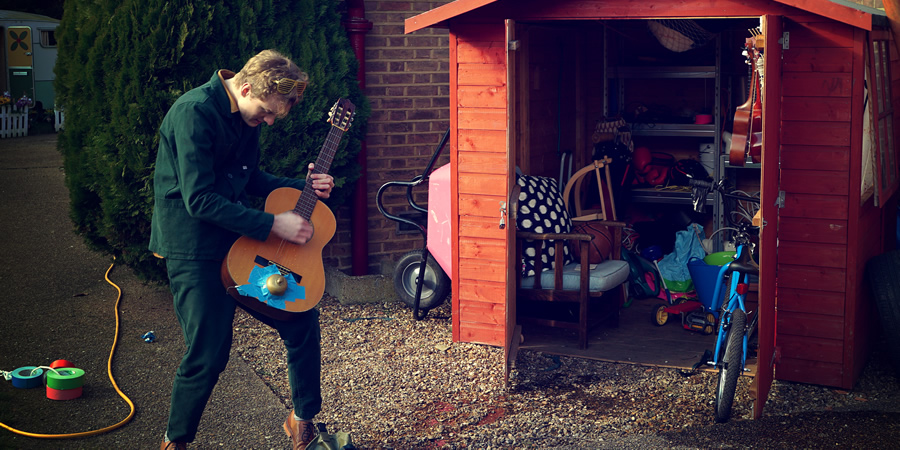 * Kerry Godliman: The complete Friends box set. - 5
* James Acaster: A photo collage celebrating the end of him being a toddler. - 4
* Phil Wang: Himself, as he was born in January 1990. - 3
* Jessica Knappett: The book Timmy Mallett on How to be Utterly Brilliant, which is disqualified for being published in 1989. - 0
* Rhod Gilbert: A photo of Greg looking fat and wearing nothing but his underpants, which is disqualified for being taken in 2010. Rhod then takes the image and Photoshop's it into a picture of the Spice Girls, but it makes that photo inaccurate. - 0

Task 2: Make the best noise. When you are ready to make your noise you must say: "This is my best noise." After you have made your noise, you must remain still and silent for at least ten seconds. You have 20 minutes and one attempt. Your time starts now.

Task 3: Get this [cricket] ball in that hole in as few strokes as possible. The ball must only be struck. The ball must never be carried. You have a maximum of 20 minutes. Your time starts now.

Live task: Part 1 - Write down a ten-word fact. You will have 100 seconds. There is a bonus point for the best fact. Part 2 - Mouth your fact to the Taskmaster without making any noise whatsoever. Most words understood by the Taskmaster wins.

Phil Wang and Kerry Godliman make their best noise. Phil Wang seems to find his a little too easily...

Putt a ball in as few strokes as possible

James Acaster and Kerry Godliman try and putt a ball in a hole in as few strokes as possible. Both have varied results and luck...

Greg Davies makes Alex Horne show us his long johns. Which he insists on wearing even in the summer...

Jessica Knappett tells James Acaster the story of The Blair Witch Project. He closes his eyes and waits to be scared...