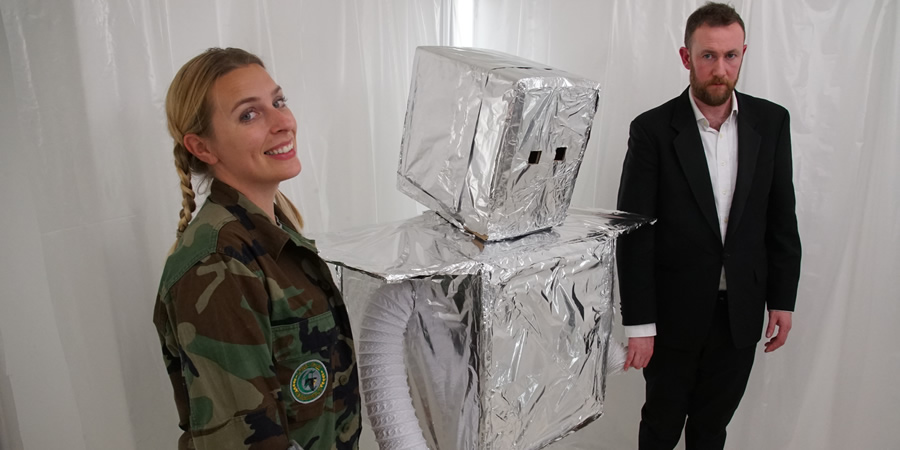 It's the series finale and Greg Davies needs several questions answered before awarding the winner with the Taskmaster trophy... Who has the most handsome relative? How much money is Al Murray willing to spend to win? And why is Rob Beckett in such a strop with a melon, some frozen peas and a bag of flour?
Preview clip

Prize task: A photo of their most handsome relative.

Task 1: Move the water from Bucket A to Bucket B. You must not move the buckets. Most water moved wins. You have 10 minutes. Your time starts now.

Task 2 (Team Task): While wearing one of these hands over each of your hands at all times, communicate to your teammate(s) the names of these books, films and TV programmes. You may not raise your voice. Most correct answers wins. You have 10 minutes. Your time starts when the whistle's blown.

Task 3: Do something that looks brilliant when sped up or slowed down. You have one hour. Your time starts now.

Live task: Place one or more doughnuts on your stick. You have 100 seconds, after which the person with the lowest unique whole number of doughnuts on their stick wins. In the event of there being no unique numbers, the task shall be replayed until there is a winner. Winner takes all.

Move water from one bucket to another

Paul Chowdhry and Rob Beckett try moving water from one bucket to another, without touching the buckets.