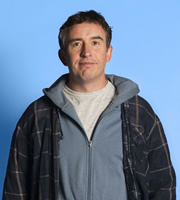 Bing is struggling to be the kind of person he wants to be... he has an addiction to gambling, which results in a sort of Jekyll and Hyde character.

He is a good person, but one who isn't able to maximise his potential because of his addiction, and a consequence of his addiction is that the positive side of him is suppressed. As a result he ends up being not a particularly good father, even though the intention is there.

Bing is not particularly attentive of his wife Bernardette or his son Joe because of his addiction, but despite this, his wife still very much loves her irresponsible husband. 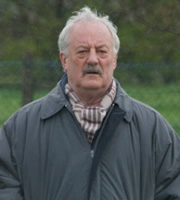 George Crosby is father to Bing and, more importantly, granddad to Joe.

George, now a widower, feels somewhat responsible for his son's personality problems, so he has skipped a generation and started looking after his grandson in an attempt to redeem himself in a way.

In the Seventies, George was a very different man - he had lots of rings on his fingers, spent all his time down the pub and was generally a bad father.

However, he now has a different personality and is very devoted to his grandson, he's basically trying to make up for time that he missed with his son. 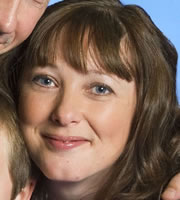 Bernadette is wife to errant Bing and mother to eight-year-old Joe. She is the strength and backbone of the family and, for her, family is key. She understands that she needs to be strong in order for that family to proceed, even if that means being harder at times than she perhaps would normally be.

That's why, eventually, there comes a point where, in order to help Bing, Bernadette has to push him away and that, for her, is the hardest thing. 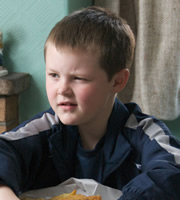 Joe is Bing and Bernardette's son. He is mainly looked after by his mum and granddad as his dad is either out at work or down the bookies. 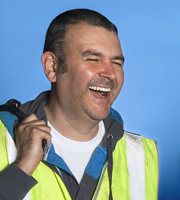 Andy is one of Bing's workmates - he drives the dustcart. It's not the best job in the world, but Andy, Bob and Bing seem to have a good time anyway. 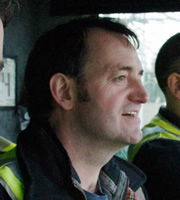 Bob works as a refuse collector alongside Bing and workmate Andy.