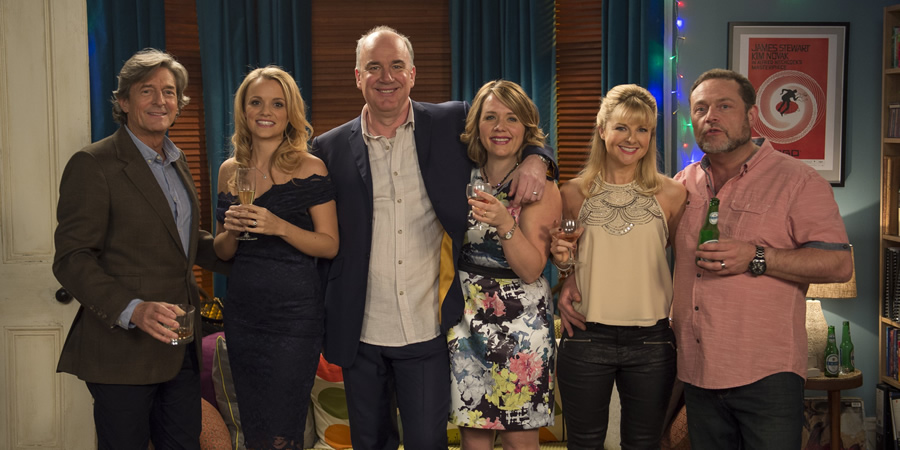 Sitcom about three marriages in various states of disrepair, written by and starring Jack Docherty

Stop/Start is a sitcom about three marriages in various states of disrepair, written by and starring Jack Docherty.

The premise is based on the Radio 4 show Start/Stop, in which the characters speak their inner-thoughts directly to the audience.

Rob and Cathy have been married for ages and it shows. Evan and Fiona's marriage is one big, noisy argument punctuated by noisy, makeup sex.
David and Georgy have just moved in next door, he's in his 60s she's in her 30s and everyone loves Georgy. Except other women.

Stop/Start follows the story of three couples as they try to make the best of their marriages and friendships. The BBC say: "It's warm, smart, funny and the characters are able to stop the action, explain themselves to the audience and start it all up again."