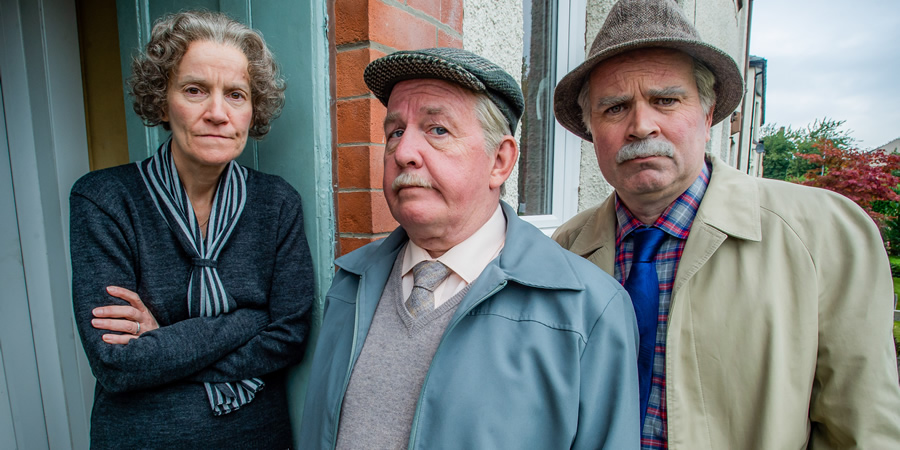 In the first of this two-part special, Winston receives wounding news about his leg, Isa struggles with the creepiness of a new cleaning job, and Tam's tightfistedness plummets to new depths.

Isa's spooked when Sheathing the undertaker offers her a cleaning job at his funeral home. Unnerved at the thought of dusting close to death, Isa reluctantly makes a deal with Sheathing, but her blood runs cold.

At the Doctor's surgery, Winston's all set for some good banter with his GP. However, laughs aren't prescribed when the doctor delivers a devastating diagnosis about Winston's remaining leg.

Meanwhile at The Clansman, Tam tries to con Boabby, but his miserly ways push the barman too far and he finds himself barred from the pub.

Desperate to find a new watering hole, Tam tries to turn Navid's shop into his new local but is given short shrift and sent packing from there too.

As Winston tries to come to terms with the news about his leg, Jack and Victor vow to support their pal in his hour of need. Feeling awkward, Tam avoids talking to Winston until Isa gives him a hard time. She persuades him to see his best pal and urges him to just be himself. However, Tam's empathy proves abysmal and he spectacularly falls out with Winston, leaving their future friendship in jeopardy.