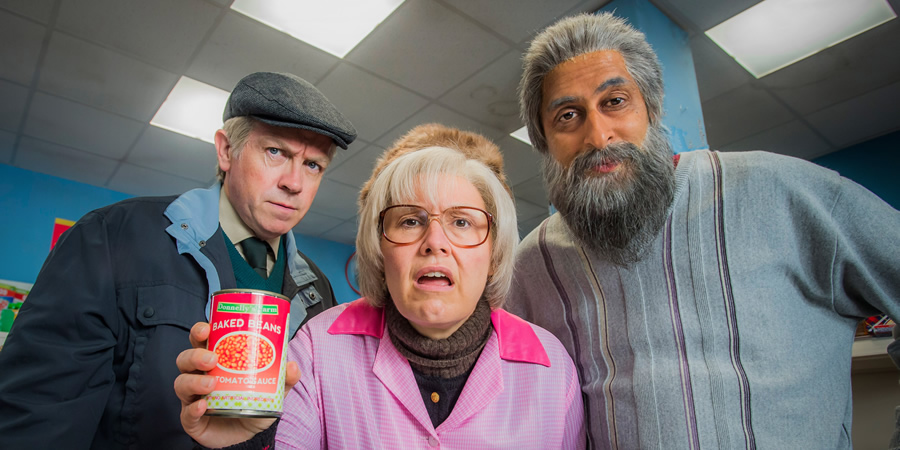 There's an appetite for destruction as steak pies dominate Jack, Victor and Craiglang's own hilarious version of the hunger games. Only the strongest will reign supreme.

There's an appetite for destruction as steak pies dominate Jack, Victor and Craiglang's own hilarious version of the hunger games. Only the strongest will reign supreme.

The future's arrived in Craiglang as Navid proudly shows off his new shop scanner. However, much to his dismay, his shoppers are left struggling and frustrations quickly mount.

Tam steps in to help an elderly woman, Maggie, scan her items and befriends her when it turns out he knows her daughter. However, when Jack, Victor and the others discover Maggie has no shortage of money, they become highly suspicious of Tam's motives.

Meanwhile, over at the butcher's there's some serious queue jumping going on by Peggy with Jack and Victor determined to get their hands on the last steak pie in the shop - along with the rest of Craiglang.

With Gerry the butcher completely overwhelmed, it's not long before a battle of wills and steak pies breaks out. Puff pastry and delicious gravy at the ready...