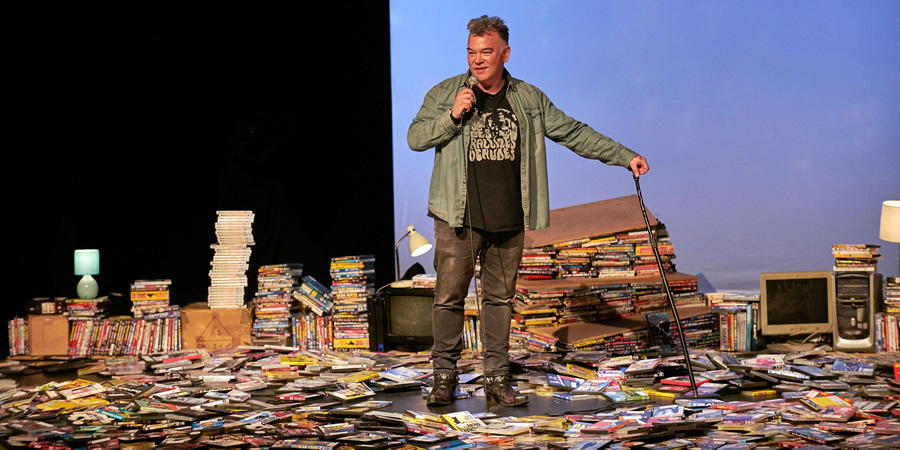 How do you write a one-size-fits-all stand-up comedy show to tour around divided Brexit Britain? Stewart Lee found himself having to do exactly that, as he dragged his resilient Content Provider show around the dis-united kingdom for 18 months and 214 dates in the wake of the referendum.

Captured in the majestic Victorian stucco environs of The Palace Theatre in Leave-voting Southend-On-Sea, Content Provider sees the country's most consistently critically acclaimed stand-up at the zenith of his powers and the peak of physical collapse, on a stage strewn with obsolete physical media, as he attempts to understand his place in a digital dystopia.