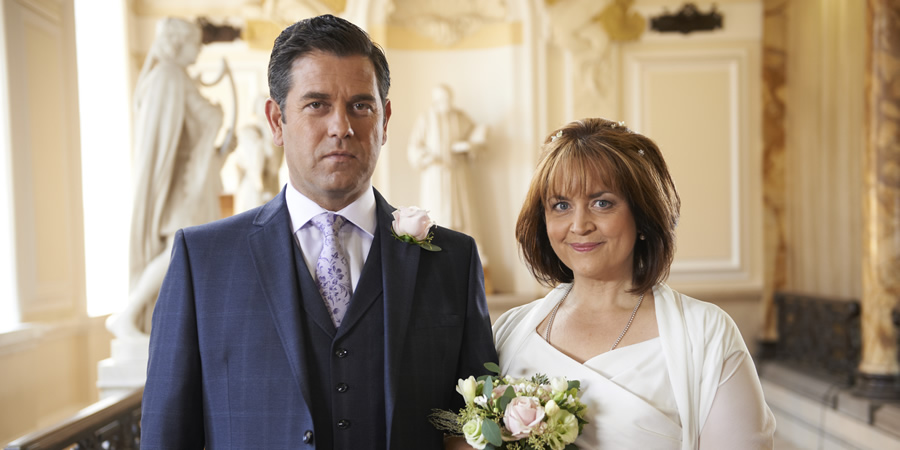 It’s a happy day in Pontyberry as Stella and Michael tie the knot in the 50th episode of Ruth Jones’s much-loved comedy drama.

Emotions run high in the final episode of the fifth series as Michael puts a ring on Stella’s finger and the family accompany Rob as he embarks on life-saving heart surgery. Elsewhere, Nadine struggles with a huge decision after Ivan begs her to leave Karl and run away with him to Middlesbrough.

Meanwhile, with the question of Beyoncé’s son’s paternity hanging over him, Michael has a major obstacle to surmount before his wedding day when Beyoncé makes him appear on a trashy tabloid talk show to prove whether he is her baby’s father.

However, despite the drama and the upsets, Stella and Michael stay strong and when their big day arrives, the family prepare for a huge celebration. However, when the registrar asks if anyone knows of any cause or impediment why they shan’t be married, Stella finds she has something very important to say.

This episode was publicised as the 50th episode of the show, it's actually the 51st, including the 2014 Christmas Special.