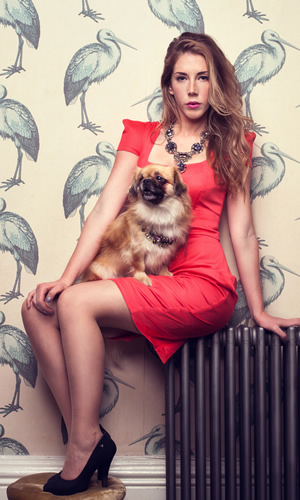 Katherine Ryan talks about appearing on Russell Howard's show, plus how she is happy she moved to the UK to develop her comedy career...

Hi Katherine. Did you enjoy your performance on Russell Howard's Stand Up Central?

I greatly enjoyed it; it was a really young audience which is lovely to see. I love that Russell Howard motivates so many young people to go out and support comedy live because they could be doing a thousand other things. It was great; they loved Russell and it is always great to work with him.

What was your set about?

I spoke about my personal life as a single mum, a few dating escapades as well as Cheryl Cole, Bill Cosby and Oscar Pistorius.

I was really happy to have the opportunity to do a set like that with Comedy Central, because more than any other channel they really allowed me to get a little bit... dirty.

I love that, and I think Comedy Central has a really unique way of retaining the exciting element of live comedy. They don't edit too much, they aren't afraid of being candid. For me it was a really exciting set because it is so close to being in a live comedy club.

It was a thrill, because I have been a fan of Russell for nine years, since I moved here so long ago.

I think that Russell is such an example of someone who is naturally gifted at comedy but also is a very hard worker. I love that he resonates with young people, typically, because I think it is so important for young people to be reminded that talent is sometimes not enough. You can be talented or you can work hard or, in a very special circumstance, you can both those things.
Russell does both of those things; he works really hard and he is such a skilled and practised comedian, he is really good at messing with the audience which he does a lot on this show. His material is really tight and mathematical; he is a very inspirational comedian.

I love panel shows, and I have been blessed with doing them, but to be able to just do stand-up, which is the natural base form of comedy and the best thing you can do with the most control.

I think all comedians love an opportunity to link the two mediums - TV and live comedy - which is what I loved about this show and this format it is a live atmosphere and comedy club vibe. The perfect storm: we love touring and doing panel shows but when you can do a very raw unedited stand-up on Comedy Central it is the best thing you can hope for.

The reason it is important to get out and support live comedy venues, and the reason why intimate is so fun, is because you can say what you want and that's what is so exciting. Sometimes it is libellous or even illegal or dangerous and it doesn't matter because it is not on TV - it is just comedy and everyone gets that. As soon as you put that on TV you have to be clean and you can't swear, so with this they have managed to meet in the middle and create a show that feels like an intimate comedy club... a bit edgy and cool but they have managed to get on TV. So if you can't get out it is the next best thing! Or better, because I doubt Russell Howard will be in your local!

Yes, because you are being invited into people's living rooms. I am so aware of that, and it is a big act. You never want to offend anyone; I do talk about a few subjects that could potentially ruffle some feathers which makes me a little bit nervous. Once something is filmed it is there forever, when I am gigging I feel really free.

I think comedy is a conversation, it is lovely to go out and do intimate gigs and have banter back and forth with the audience but on TV it doesn't go away or disappear. It was good, I liked the pressure. 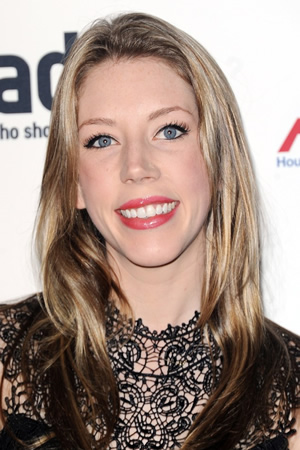 It was a great night because they were such a great crowd, and Russell's fans are so young and so smart. The stuff that I talk about might be a bit edgy but I am always on the right side if I talk about feminism or if I talk about dating, it may sound dirty at first but if you listen to it you will hear I am sending a message to these young women that it is good to be a strong ballsy women.

If I talk about celebrities, I am always punching up. I am not being nasty or cruel and tearing anyone down, I am taking this culture that is very influential to young people because everybody follows pop stars or actors or actresses on Twitter or whatever.

I think there needs to be a voice that says 'hold on let's not be famous for nothing and take all these selfies', and look at these people and what they stand for I try to be on the right normal side, I try to punch up. So yes, there is pressure but I don't try to hurt anybody's feelings.

You grew up in Canada. How did you first get into comedy over there?

When I was a very young girl I used to watch late night comedy chat shows with my mum - that was my treat on the weekends. I loved and valued comedy; I loved David Letterman and Jay Leno and Johnny Carson. My mum would say 'you could do that one day', and I didn't think that I couldn't, but I just thought it was my mum talking out of her ass...

At University, I worked in a Hooters that was right next to a comedy club, and I wanted to be one of those soft quiet girls that has a baby and was really kind. But I wasn't, so I started working at the comedy club secretly, like a habit. I loved doing it so much, and gradually that became my career. It took six to eight years of practising and doing open-mic gigs for me to think, 'hold on, this is a viable career'.

I am so lucky I moved to the UK because I don't think I could do comedy professionally if I still lived in Canada. The UK has such a supportive audience, a pub culture of people supporting comedy every night of the week and it was amazing to develop as a comedian over here.

I am lucky being Irish, who grew up in Canada... but really what I am is a British comic, so very weird influences. I developed my whole career over here and if I stayed in Canada I would never have had as much stage time, so that is why I identify as a British comic. I am motivated, and inspired by Jack Dee, John Bishop, Russell Howard and Sarah Millican... all of these people who are doing so well in British comedy.

I like hecklers. As I said, comedy is a conversation and you can't heckle the TV! I am kind to them unless it becomes clear that the person is repetitive and drunk. If you deal with it in the right way then it can make the show better.

I feel the same way about Twitter, I love it. I follow a lot of people like journalists, news outlets and comics, but it has made me learn how funny people can be. People are so funny in their replies and I think it is great to be heckled on Twitter, and in real life... but only if it is funny!

Everybody deserves a voice and we all want to be heard, so you can turn it around and make the show even funnier, it adds to the element of really in the moment unedited raw live comedy. Russell Howard's Stand Up Central has this in abundance; he gives into the crowd a lot as they are feisty and young. They shouted a lot on the night of my record and I liked that!

Will you watch the show when it goes out?

I really don't like watching myself, but I am curious to see how the edit turns out because they have to cut five minutes somewhere. When you do panel shows, or acting or presenting, it isn't your job to watch and judge yourself but stand-up comedy is so personal, so I am a bit excited. It is a bit like Christmas because I don't know what is going to make in the edit.

Russell Howard's Stand Up Central is on Comedy Central at 10pm