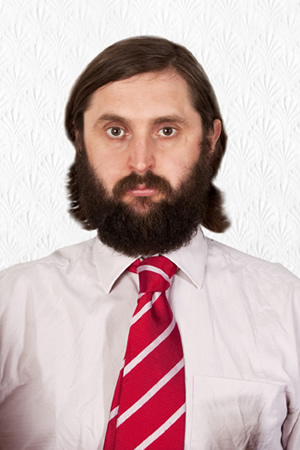 8 Out Of 10 Cats Does Countdown and Him & Her star Joe Wilkinson is also a stand-up comedian. He talks here about appearing on Russell Howard's Comedy Central show...

Hi Joe. Did you enjoy your performance on Russell Howard's Stand Up Central?

It was fun. It was a nice gig and they were up for it and I got away with it, I think?! I didn't get bottled off which is always a win for me!

I think I wasted about five minutes at the top floundering about; I said a few things and walked off into silence because I forgot to mention I was leaving. I always walk off and if they clap it's all well and good and if they don't, it's not the end of the world.

I used to support Russell on tour a few years ago, so I've gigged with him many, many times before; he's a very funny man.

It's nice to be asked and get out of the house to do a bit of stand-up! I'm not doing a great deal of stand-up so I thought it would be a bit of fun. That's the way I look at these things; it'll be a bit of fun so why not? Can't hurt.

What was quite nice about it is that it felt like a club gig. It didn't feel like a television studio gig; it felt like a gig you do in a club all around the country. If you do a telly gig, it's a bit more stale, just by the nature of it not being set up for stand-up. Telly studios are multipurpose where as that was a club room and it worked for stand-up.

No, not really. Most performers probably think about the room because they're the ones you're going to die in front of. If it dies they don't put it on telly but there are still 2-300 people that thought you were crap! I always do it for the room; it's probably unprofessional of me. I think the Director will worry about the telly and I'll just worry about trying to be funny.

I did a gig at my local pub about ten years ago. I just thought I'd do it, a bit like a bungee jump; do it once and then you've done it. But then someone else asked if I wanted to do it at their club after my first gig and I was like, 'alright'. I did that again and it kept going. I never planned for it to be my job so it was a total accident to be honest.

Which comedians have influenced your career?

I don't tend to deal with them in the traditional banter way. I was heckled during the show and I asked the bouncers to beat them up! Not professionally probably. I'm not really one for heckle put downs; I just get weird with them.

Will you watch the show when it goes out on TV this Wednesday?

Not on the night! I'm terrible at that sort of stuff so I'll watch it at another time. I hate the idea that there are other people watching at the same time. I bury my head in the sand and I watch it a couple of days later. I'm carrying a bit of holiday weight so I probably won't want to see what I look like! I'm quite nasal, so I'll probably turn the sound down too!