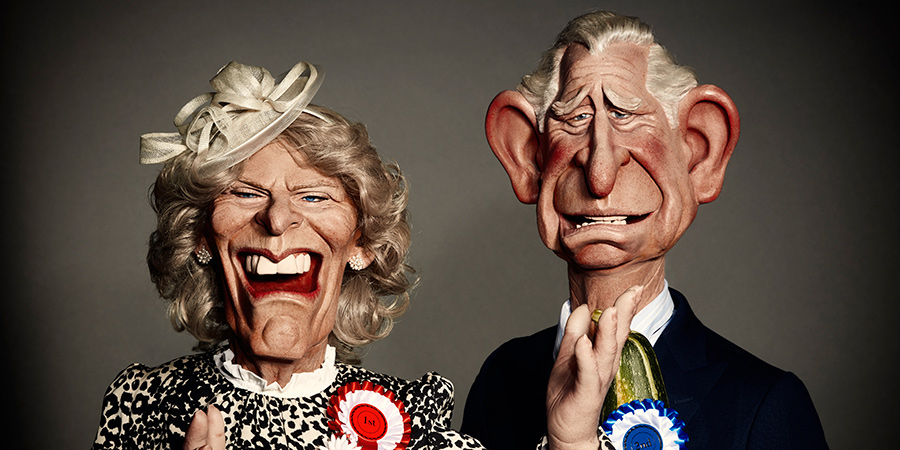 In the first episode we find out how Donald Trump got coronavirus, deep dive into the presidential debate, and see what Prince Andrew has to say for himself.
Preview clips

Spitting Image is back... now on streaming service BritBox.

Co-creator Roger Law says: "Everything the team have done on the new Spitting Image shows, the caricatures, puppets and satirical gags have all been done in the public interest, as Boris might say 'Pro bono publico'. It's time to come off furlough! The people have spoken and the puppets are oven ready. We're going to take back control from the likes of Boris, Cummings, Trump, Kim Kardashian and Kanye West. There will be tongue-lashings from our weather girl; Greta Thunberg, you'll be knocked out by Tyson Fury and dazzled and amazed by Beyoncé and Herr Jürgen Klopp. This time Spitting Image is going global so we will be making world beating trade deals with North Korea and Belarus and if Gavin Williamson and Dominic Cummings finally get the sack, Spitting Image will give them a job. We have always employed strange people and I'm sure Dom, in particular, will be a great asset; he seems to dislike the establishment just as much as we do. And the message for the Keir Starmer's and Michel Barnier's is... Let's get BritBox done."

This episode is dedicated to the memory of George Jeffrie.

How Donald Trump Got Covid

We learn how Donald Trump got Covid.

It's not karate, it's ka-RAAB-te, with Dominic Raab.

Boris Johnson and his team discuss how to deal with the university students complaining that they're locked in their rooms and can't go home for Christmas.