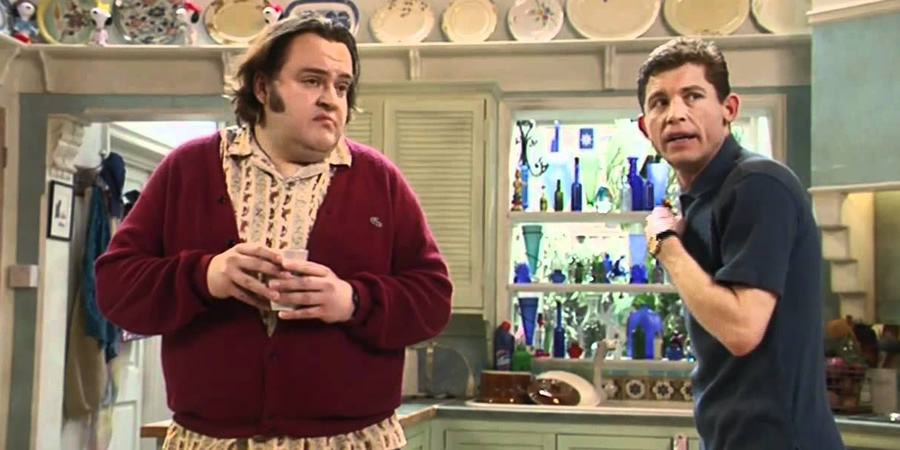 About Lee Evans - So What Now?

By 2001, Lee Evans had already become a world renowned comedian and actor. He had developed such a large fanbase that his live shows were capable of selling out arenas and had appeared in many hit Hollywood films including Funny Bones, Mousehunt and There's Something About Mary. It was at this point that he made the brave decision to star in his first television sitcom.

The early signs for the show appeared promising. Some of the preview comments were positive including Radio Times journalist Alison Graham's glowing description of how funny she considered the first episode to be. The BBC also showed their support for the sitcom by broadcasting a documentary about its star three days before the first episode was shown in order to publicise the series.

When Lee Evans - So What Now? began however, it can only have been a huge disappointment for everyone involved. The reception from the press was largely negative with many unfavourably comparing the show with Some Mothers Do 'Ave 'Em and Norman Wisdom's work. Even the aforementioned Alison Graham, having noted where people's opinions lay, somewhat hypocritically criticised the show.

Viewing figures were similarly unimpressive and this forced the station to move the comedy from primetime to an early evening slot. Evans too openly commented about the programme's failings and stated that he believed that it was underwritten and not the success that he had hoped for.