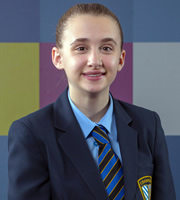 Martha is driven by a love of learning, and is happiest tucked away in the library or the IT lab.

While she is top of the class in every subject, she struggles to understand people and is sometimes a bit trapped in her own world. For this reason she generally tries to stay away from other girls outside the group as she doesn't understand them.

Martha is, however, willing to share her love of learning and technology and will gladly do another kid's homework for fun, something which makes her popular when there's a coursework deadline! 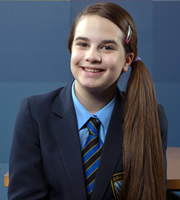 Sensitive and romantic, Lily Hampton's world has been turned upside down by her attraction to classmate heartthrob Matt Furnish.

Lily likes her friends, but she sometimes wishes they would try harder to fit in with other girls their age.

While Lily is funny and witty with her friends, she can be nervous around other people, especially boys, and sometimes blurts out the wrong thing. 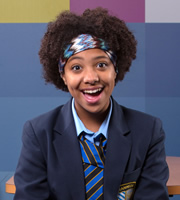 Bouncy, scruffy and Tigger-esque, Jas is making life up as she goes along.

While she is confident and optimistic, Jas lacks self-awareness and, to her friends, she is something of a big-hearted, well-meaning liability.

With a quick brain and a vivid imagination, Jas often sees things in people and situations that aren't really there, and sometimes only hears what she wants to hear in conversations.

While Jas might insist that black is white, or definitely a shade of orange, her friends have known her long enough to know when to stop listening.

However, she is also loyal, brave and cares deeply for the people around her. Cheerful and optimistic, she always wants to help and always believes everything will turn out well. 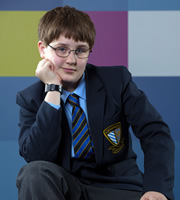 Hard working, energetic and enthusiastic, Ollie just wants to share his love of maths with everyone he meets, whether they're listening or not.

Ollie has a strong connection with Martha - they share a love of knowledge and learning and various extra-curricular activities - Chess Club, Maths Club, Astronomy etc. However, Ollie and Martha have no romantic feelings whatsoever, and hate to be thought of as a couple.

While Jas and Lily sometimes find Ollie's intense work ethic a bit wearing, Martha looks up to him, impressed by his IQ and skills with the chess board.

Like Martha, Ollie struggles to understand people and doesn't always realise when the girls are teasing him. 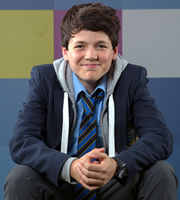 13 year-old Matt Furnish is kind, popular, very good-looking, yet down to earth.

Matt doesn't care how smart Lily is, he just wants to get to know her better. Whilst by no means stupid himself, Matt isn't as smart as Lily, which sometimes causes tension between them. 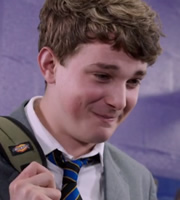 Lily's older brother, 17 year-old Jason, is a killer combination of brains, confidence and effortless style. He is very modest, however, and never seems to notice the way women swoon at his feet.

Poor Jas can never string a sentence together when Jason is in the room. Jason is a kind big brother who helps Lily out when he can with advice, or a lift in his car and generally the two siblings get on well.

However, as Jason's little sister, Lily simply can't understand why her friend behaves so oddly around him. 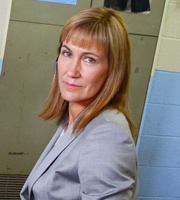 High-flying, workaholic Mrs Fitzgerald is all business. She is a bit vague as to her daughter's actual age and generally treats Martha as if she were an adult.

Mrs Fitzgerald prefers to show her affection by teaching her daughter the benefits of a good spreadsheet, and making sure she always has the latest software to do her homework.

Martha and her mum are happy enough, they understand each other and wouldn't want their relationship any other way - it's the only thing either of them has ever known. We do occasionally see glimpses of how proud Mrs Fitzgerald is of her daughter. 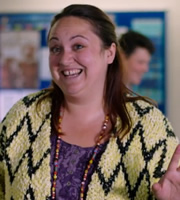 Lily's mum is warm, friendly, cheery and affectionate. Mildly eccentric, she is a constant source of embarrassment to Lily - the kind of woman who would turn up to a spelling bee with pom poms and a klaxon.

Uninhibited and tactile, she just wants to look after everyone she meets, and never seems to notice or care if she draws attention to herself. Lily loves her mum and tries hard to hide her embarrassment as much as she can, as she doesn't want to hurt her feelings. 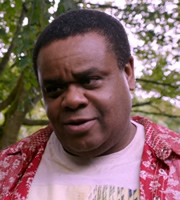 Jas's dad is a single parent dad who is kind, friendly and extremely proud of his daughter...

Unfortunately he is also pathologically clumsy and seems to cause destruction everywhere he goes. As a result, and lacking a feminine influence, Jas's home is a chaotic mess, a fact which Jas and her dad are cheerfully oblivious of.

They are very happy with things just as they are. As a result, the girls generally spend less time at Jas's house, Martha in particular is uncomfortable with all the mess.

Scenes with Mr Salford usually involve lots of slapstick, with him breaking stuff and apologising. 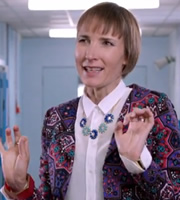 School headmistress Mrs Griggs is lively, cheery and passionate about her pupils' well-being. She is also completely bonkers.

Mrs Griggs couldn't give a hoot what people think about her and lets her eccentricities run wild. While the girls find her exasperating at times, they know she means well, and do occasionally go to her for advice.